Ozzy Osbourne is in the middle of a trying couple of months. The Prince of Darkness just had to cancel his entire European tour because of his latest health issue. Ozzy says he had the flu and bronchitis, and added that “everything I touch has turned to sh!t” since October.

A statement on his website says he now has a severe upper respiratory infection, which his doctor fears could develop into pneumonia if he doesn’t take it easy.

A week ago, Ozzy tweeted a picture of the most Ozzy thing ever. He said he coughed so hard that he burst a blood vessel in his eye.

Coughed so hard I burst a blood vessel in my eye pic.twitter.com/EPuDnN8Mpa

The tour cancellation affects 16 shows with Judas Priest. Ozzy promised that the dates would be rescheduled to start in September.

“I want to apologize to all of my fans who have been so loyal over the years, my band, my crew and to Judas Priest for letting you all down,” Ozzy said in a statement. “I promise the tour with Judas Priest will be completed.” 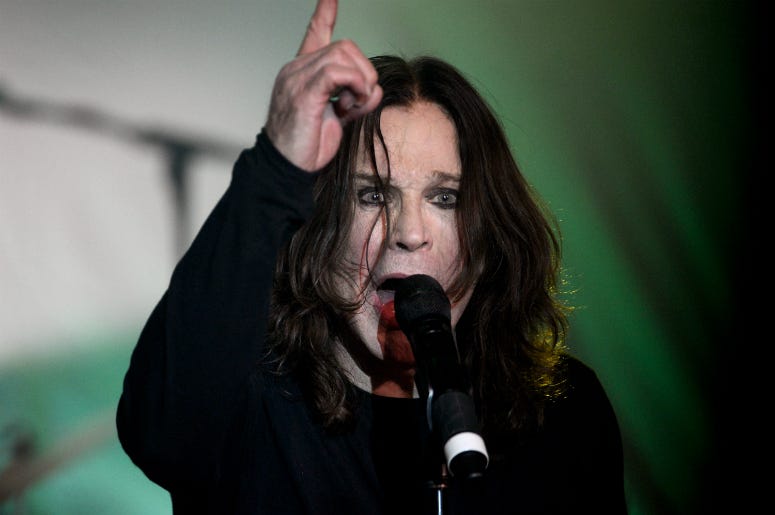 Ozzy also had to postpone some shows at the end of 2018 because of a serious staph infection in his hand that required multiple surgeries. He was well enough, though, to perform at Ozzfest on New Year’s Eve in Los Angeles.