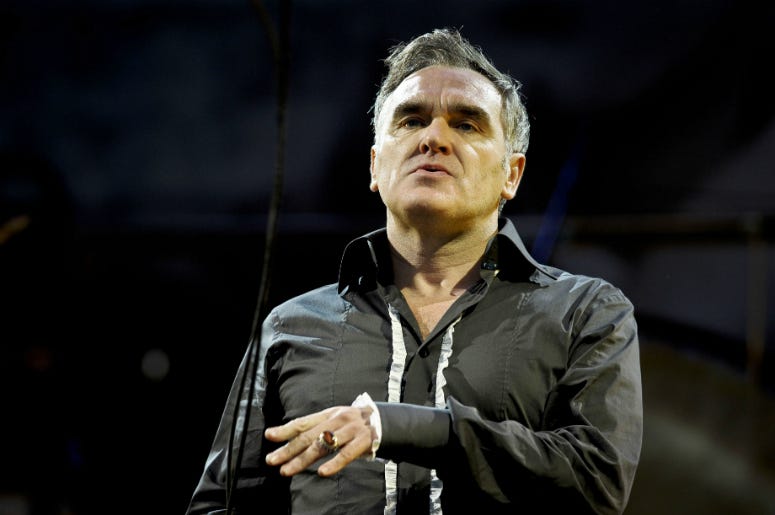 Alt rock legend Morrissey made a rare TV appearance on The Late Late Show with James Corden. He went with his new cover of the classic rock staple, “Back on the Chain Gang.”

Moz was backed by a quintet of musicians dressed identically in blue jeans and t-shirts that read: “LIVING BODIES THAT ACTUALLY MOVE.”

With a simple adjustment of the guitar tone and a voice that takes you straight back to the 80s and 90s, Morrissey made The Pretenders’ hit his own.

The cover appears on the forthcoming deluxe edition of 2017’s Low in High School that is set to be released on December 7th.