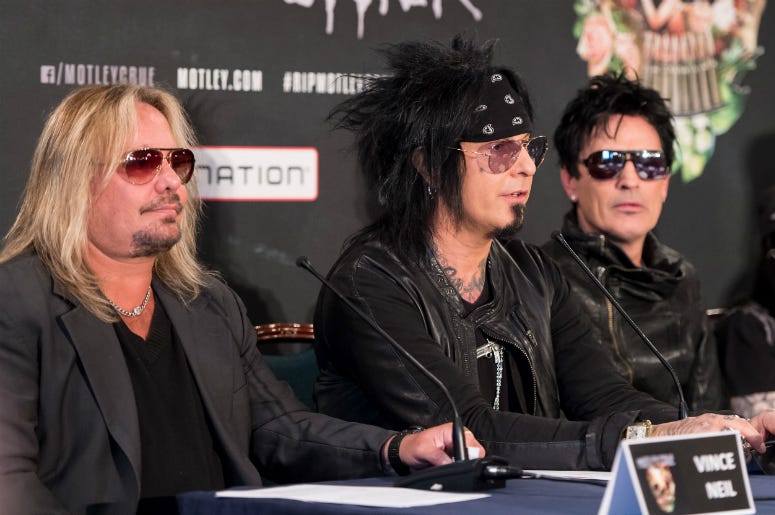 2019 is shaping up to be a big year for a band that signed a “cessation of touring” agreement at the end of 2015. Mötley Crüe won’t be on the road as far as we know, but their biopic The Dirt will finally be released on March 22nd. The movie will also feature new songs from the world’s most notorious rock band.

Mötley Crüe fans should also circle Super Bowl Sunday on their calendars if a recent tweet is any indication.

You can analyze the emojis for yourself, but they’re followed by the date of the Super Bowl and #ad. Super Bowls and commercials pretty much go hand-in-hand, so maybe we can expect to see the movie trailer during the big game. We’re not sure what the peanut emoji has to do with anything but I’m sure we’ll find out.

Watch Sixx join Rob Zombie and Marilyn Manson for a cover of “Helter Skelter” during Ozzfest on New Year’s Eve. The track appeared on Mötley Crüe’s classic Shout at the Devil album.