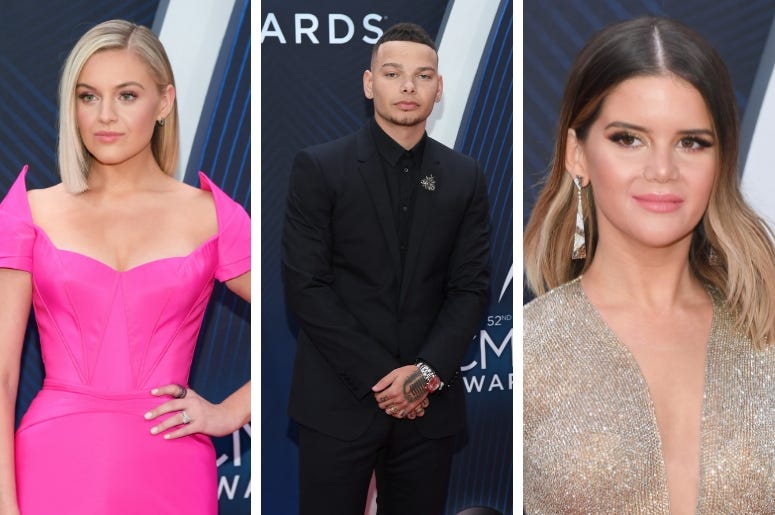 Country music fans have plenty to look forward to when we ring in the new year. Kelsea Ballerini, Kane Brown,Maren Morris, Florida Georgia Line and Dan + Shay will all be performing during Dick Clark’s New Year’s Rockin’ Eve With Ryan Seacrest 2019.

Dan + Shay will join headliner Christina Aguilera, along with New Kids on the Block and Bastille in Times Square. Florida Georgie Line and Maren Morris will perform from the Allstate Fan Fest in New Orleans. And Kelsea Ballerini and Kane Brown will be part of the West Coast celebration.

Seacrest is back as host with help once again from Jenny McCarthy. Ciara will host the West Coast broadcast, while actress Lucy Hale will handle New Orleans.

It’s been a big 2018 for many of the artists involved, including Brown. His Experiment was the first country male sophomore album to debut at #1 since 1994. In our exclusive interview, Brown talked about how he brought '90s country into today's world.