Nicki Minaj has worked at a few Red Lobsters in her day, but Jimmy Fallon had never been to one. That combination of experience and lack thereof led to a hilarious segment on The Tonight Show.

The two stars sat down for an unpredictable meal that started off with Lobsteritas and plenty of cheddar bay biscuits, before the main course appeared to consist of everything on the menu. 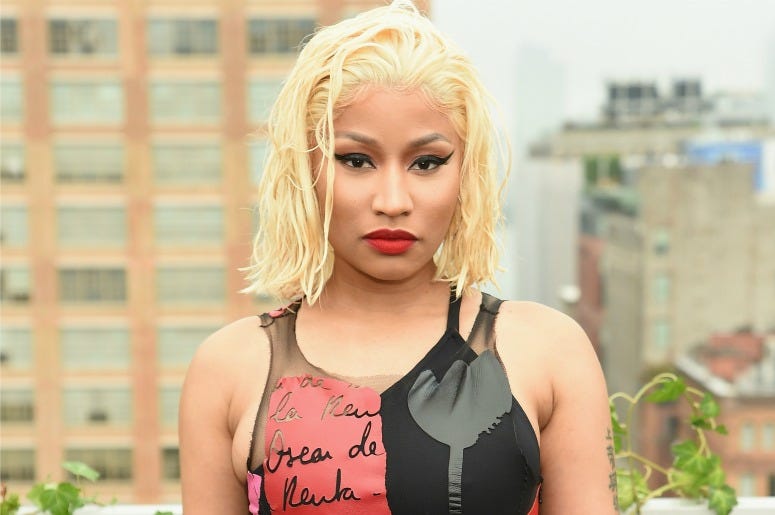 Nicki Minaj Turns Up the Heat on 'MEGATRON'

Minaj admitted she was fired from her various Red Lobster jobs, telling one story about how she ended up with a pink slip.

“I walked up to this lady – her and her boyfriend had walked out of the restaurant and they took my pen and they didn’t tip me,” Minaj explained. “I walked to the car, I banged on the car window, and I said ‘give me my pen!’”

That probably would have been ok, but Minaj said she was fired on the spot after her manager then saw her making obscene gestures towards the couple.

The rapper then got her chance at redemption, when she and Fallon put on official Red Lobster uniforms and served food to unsuspecting customers. One table of excited guests was even from Minaj’s home country of Trinidad.