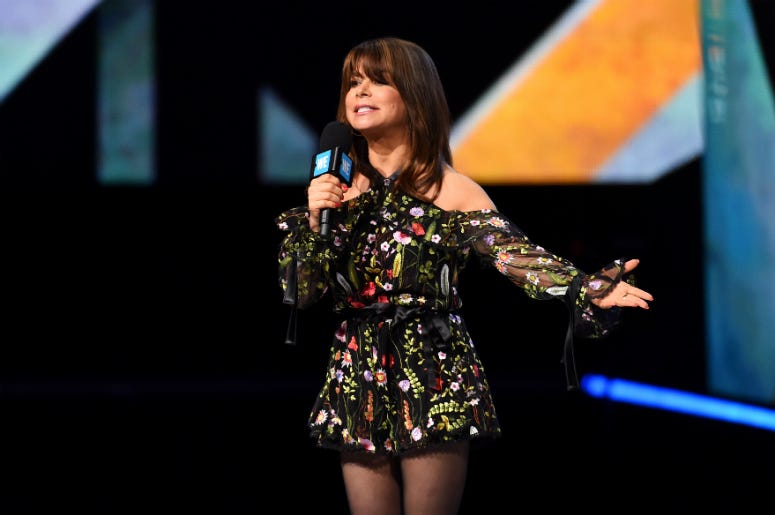 You have to be cold hearted if you don’t feel a little bad for Paula Abdul. On just the third date of her “Straight Up Paula!” 2018 tour, the singer stumbled off the front of the stage.

While singing “The Promise of a New Day” at Hard Rock Live in Biloxi, Mississippi Saturday night, Abdul took two steps forward, when she probably should have taken two steps back.

Abdul wasn’t knocked out by the mishap though. The former American idol judge finished the show, and there don’t seem to be any plans to cancel tomorrow night’s performance in Bethlehem, Pennsylvania.

The tour is Abdul’s first solo headlining journey in 25 years. It coincides with the 30th anniversary of her hit debut album, Forever Your Girl. It featured four number one singles, including “Cold Hearted,” Opposites Attract,” and “Knocked Out.”