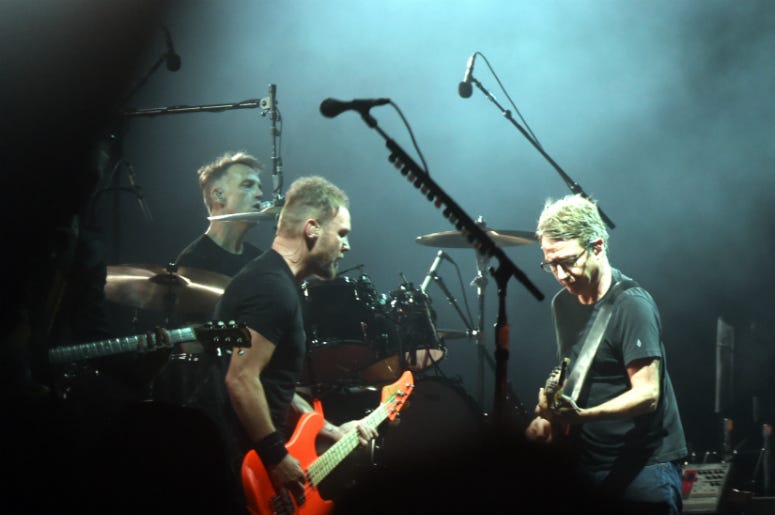 Pearl Jam has released new albums fairly consistently since Ten first broke the band in 1991. But it has been more than five years since 2013’s Lightning Bolt came out, making it the longest we have ever had to wait for a new Pearl Jam album.  Should fans be concerned? Not at all.

Guitarist Stone Gossard told Rolling Stone that the band is in the middle of making a new record, and bassist Jeff Ament said it’s just a matter of pulling each member’s ideas together.

Ament said the death of Seattle contemporary Chris Cornell has affected the band greatly, and probably has played a role in the lack of new music. All of the members of Pearl Jam appeared with Cornell on Temple of the Dog’s lone studio album in 1990, and both bands, along with Soundgarden, share drummer Matt Cameron.

Gossard, Ament and Cameron took part in the recent tribute concert for Cornell. Miley Cyrus joined them on an emotional rendition of “Say Hello 2 Heaven.” The lead track from Temple of the Dog was originally written by Cornell as a tribute to late Mother Love Bone vocalist Andrew Wood.