Fans who have been waiting years for a potential Genesis reunion had to be encouraged by what they saw on-stage in Germany over the weekend. Phil Collins was joined by former bandmate Mike Rutherford.

The two performed the 1978 Genesis classic “Follow You Follow Me” in the middle of Collins’ set. They didn’t have to travel far for their collaboration because Rutherford’s band Mike + The Mechanics was the opening act. 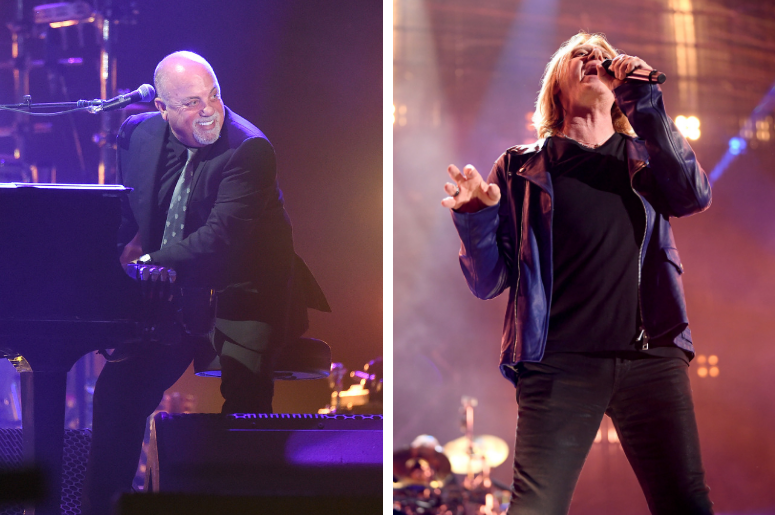 Collins is back on the road for his Not Dead Yet tour, but he continues to sit down for the majority of his concerts because of the series of physical ailments that forced him to retire in 2010. His son, Nic, has been handing drumming duties and has been getting rave reviews.

The post-Peter Gabriel version of Genesis hasn’t played together since their reunion tour in 2007, but band members have never closed the door on the possibility of another get together. Collins told Rolling Stone last year that Rutherford and Tony Banks had been impressed with Nic’s drumming ability. Earlier this year, Rutherford told Rolling Stone: “Never say never.”