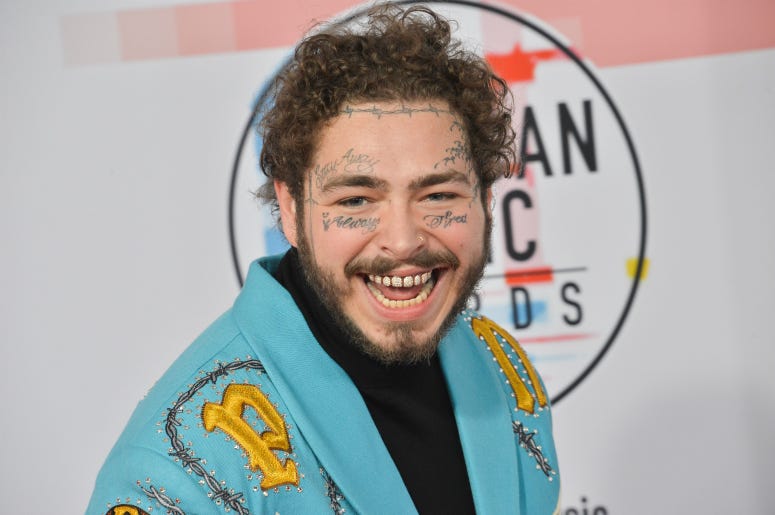 Post Malone got his rockstar on at the legendary Rainbow Bar & Grill on the Sunset Strip in West Hollywood. The rock and roll bar that has served as the hangout for everyone from Rod Stewart to Guns N’ Roses welcomed the rapper with open arms.

He went behind the bar recently to learn how to make some of his favorite shots with the help of a longtime bartender and owner Mikael Maglieri. Let’s just say we’re feeling a lot better now that Post has expanded his mixology skills.

Meanwhile, Post and Swae Lee just released a video for "Sunflower." The single from Spider-Man: Into the Spider-Verse already had a lyrics video, but this one is in black and white and starts with the two artists havng fun at the movie premiere. The rest of the video fetaures a behind the scenes look at the recording of the track.