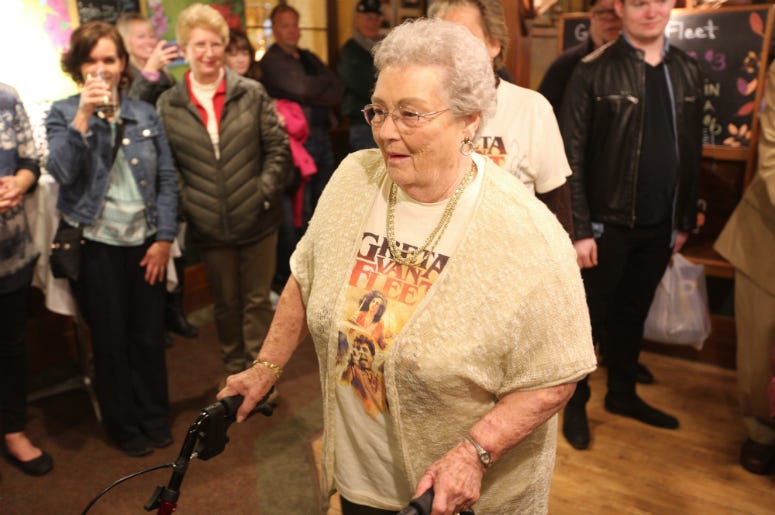 Most Greta Van Fleet fans know the story – the band got their name from an elderly woman who shares their hometown of Frankenmuth, Michigan. And as the band gets more popular, so does Gretna Van Fleet (the band dropped the “n” to make it easier to say).

The 88-year-old attended Greta Van Fleet’s album release party in October and is becoming a minor celebrity in her own right – at least in her small town of 5,000 people.

“Every day, out in town, somebody will stop me,” says Van Fleet. “People are so excited to meet me.”

The retired medical secretary and office manager told the Detroit Free Press that she is a lifelong musician who knows how to play the dulcimer, violin and drums. She says she had no problem with her young neighbors borrowing her name.

“I thought it was funny," she said. "I didn’t think it would last long — they wouldn’t hang on to this crazy name."

Van Fleet isn’t exactly a rock ‘n’ roll fan – she’s more in to classical and old pop standards – but she does have a favorite Greta Van Fleet song. It’s "Flower Power," which the band performed acoustically for RADIO.COM last year.