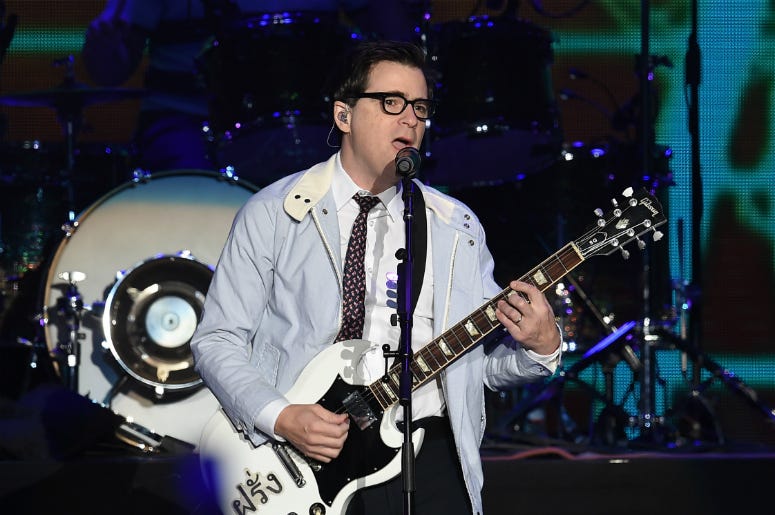 Weezer just finished playing some fall dates and has a highly-anticipated album coming out next year. In between, we’re getting a new song and video from frontman Rivers Cuomo.

The visual for “Two Broken Hearts” features Cuomo in many forms, including Bitmoji, singing about healing failed relationships with ice cream and TV.

“You bring Häagen-Dazs, I got HBO, Laughing through our tears, That's what friends are for, I'll be there for you, Do the same for me.”

Weezer’s long-rumored The Black Album is due in early 2019. We caught one of their last shows of 2018, when the band was still in a lighter mood.