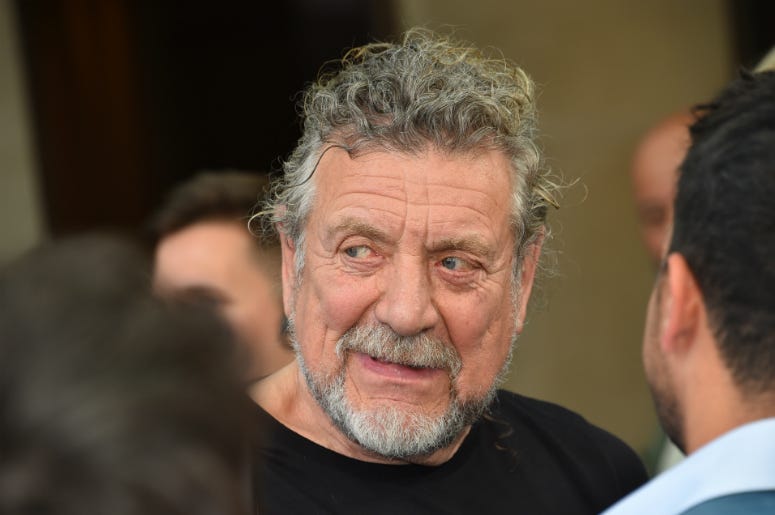 An 18-minute video shot by someone who was lucky enough to be at the Fox Inn in Stourton, England reveals Plant sounding great on “One Night,” “Little Sister,” and “A Big Hunk O’ Love.”

When the music stops, Plant grabs his jacket, says “happy birthday, Maureen,” and calls her an “old bugger.” One of the band members can then be heard saying something about a bucket list item being ticked off, before The Hayriders continue with their set.