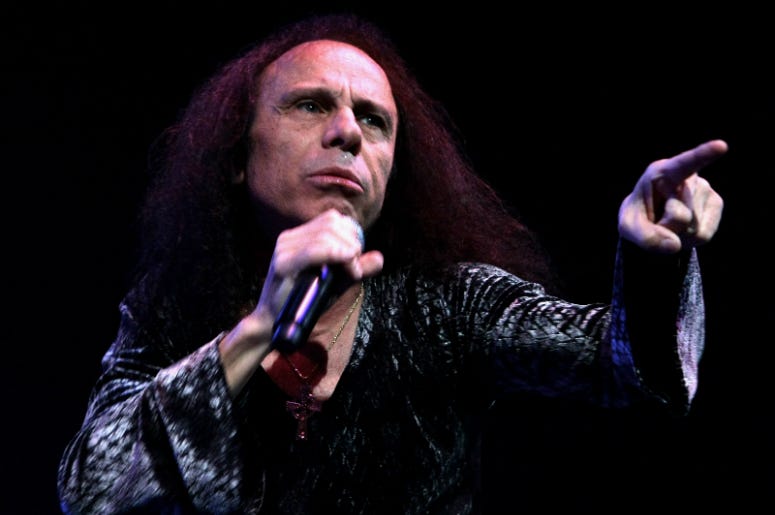 We haven’t seen the last of Ronnie James Dio in concert. The company that resurrected him through a hologram is taking him on tour.

Eyellusion’s “Dio Returns” will play more than 100 shows next year with the Dio band. The dates and venues have not yet been announced, but we have seen the production before. The Dio hologram performed at a festival in Germany in 2016 and the Pollstar Awards in 2017.

The Dio hologram show also did a quick tour of Europe last year that was well received.

“We sold out the last three shows in Europe and we did really, really well,” Jeff Pezzuti of Eyellusion told Billboard.  “We’re such believers in what we were doing and we’re all such massive fans — in my sixth grade class picture, I’m wearing a Dio shirt, so you can imagine taking this all the way across the finish line has been a dream come true.”