James Corden had Jake Gyllenhaal on his mind during Tuesday’s Late Late Show from London. The talk show host’s obsession escalated into a dreamy parody duet of a Whitney Houston classic.

Corden introduced a segment called “Dogs in Sunglasses,” but his mind quickly drifted away to his wish to have the actor on his show. 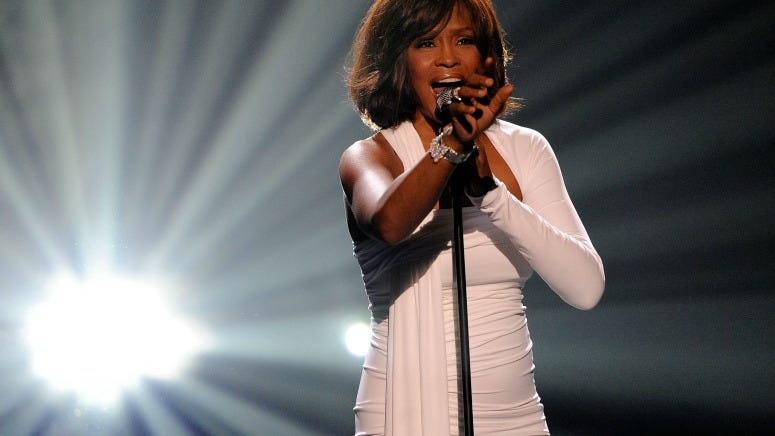 “I’m so distracted,” Corden said via voiceover. “I can’t stop thinking about Jake Gyllenhaal. He’s such a good actor. He’d be an amazing guest too. I really wish he was here tonight.”

Corden then started singing to the tune of “Greatest Love of All,” except it was “Greatest Gyllenhaal of All.”

“I believe that Gyllenhaal’s the future — a movie star who also does Broadway,” Corden sang. “Really wish that Jake was here with us tonight. He’s got such kind blue eyes and the perfect smile - bringing joy and laughter to everyone with his movies.”

That’s when Gyllenhaal suddenly appeared out of burst of fog on the balcony to sing: “Every night I watch the Late Late Show. People need a host to look up to. I really wish I could be on your balcony. One day I hope to see my face on Carpool Karaoke.”

Things got even crazier from there as the two traded lines before meeting on-stage and being surrounded by dancers. Corden then wrapped up the daydream sequence as if nothing had happened.