From the opening acoustic guitar riff, to the closing crescendo of strings - Silversun Pickups comes at you from all directions on their new song “It Doesn’t Matter Why.”

The four minutes in between is filled with one of the band’s most intense tracks yet – an aggressive, fast-paced, urgent rock song with the usual added layers of texture, creating the mood we’ve come to expect from the Los Angeles alt rockers. 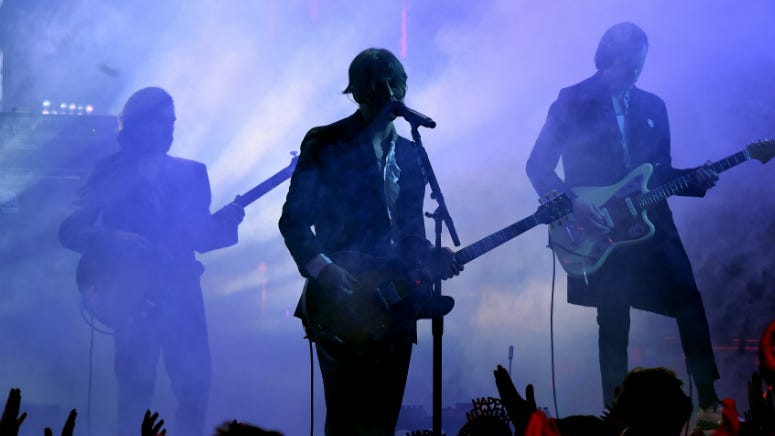 “It Doesn’t Matter Why” will appear on Silversun Pickups’ just announced fifth studio album Widow’s Weeds. And something is a little different about the band since 2015’s Better Nature. They reset their focus and enlisted acclaimed producer Butch Vig, who produced Nirvana’s Nevermind, to help separate the layers of their dense sound to make each part stand out.

"He really listens to each band member, and he puts a great value on each individual, and what they can add to the music," bassist Nikki Monninger said. "It was very collaborative with him. He's such an easygoing person, and he put everybody at ease."

Frontman Brian Aubert also needed to find a new place during the writing and recording process. He decided to get sober, and the result is an album he calls the most naked of them all.

“This was the first album where we were open,” Aubert said. “We were exposed. I see how that can be scary to people, but for us we really thrived on that.”

Widow’s Weeds will be released on June 7th. You can preorder it here and get the full tracklisting below.