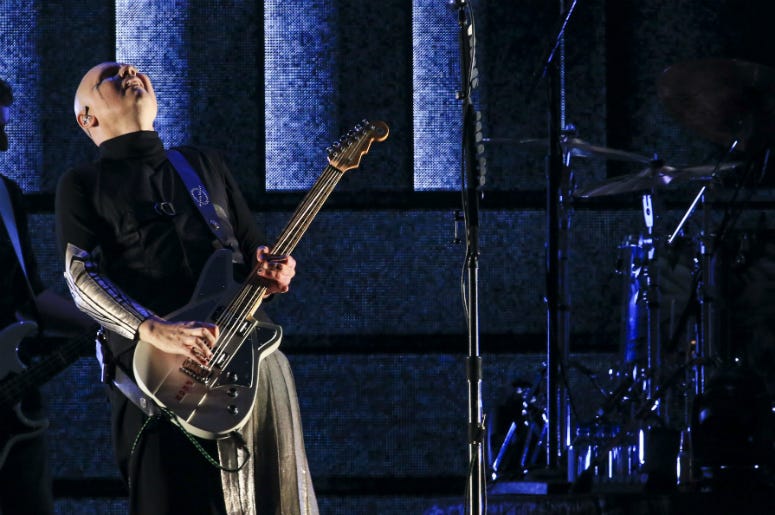 Smashing Pumpkins are set to release a new album in less than two weeks, and we’re hearing a little more of what it will sound like.

The Billy Corgan-led band just unveiled the new song, “Knights of Malta,” on its YouTube page. The track begins with a densely-layered string-infused chorus, contrasted with just drums and bass for the verses.

“Knights of Malta” is the third song to be released from the forthcoming album, Shiny And Oh So Bright, Vol. 1 / LP: No Past. No Future. No Sun. It will be released on November 16th, and it’s the trio of Corgan, James Iha and Jimmy Chamberlin’s first Smashing Pumpkins record together in 18 years. Longtime guitarist Jeff Schroeder is also back.