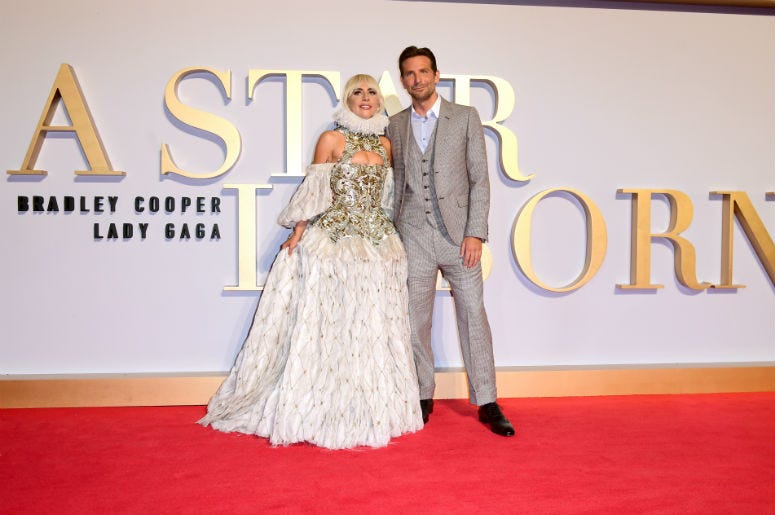 A Star is Born has some stiff completion at the box office, but none on the Billboard 200 Albums Chart. The soundtrack for the Bradley Cooper-Lady Gaga remake debuted at number one.

The monster compilation features 34 tracks, including dialogue from the film. The soundtrack sold 231,000 equivalent album units in the week ending October 11th. That’s the biggest week for a soundtrack in more than three and a half years, and already the third-biggest selling soundtrack of 2018.

A Star is Born gives Lady Gaga her fifth number one on the Billboard 200, and Bradley Cooper has been getting rave reviews for his first musical effort as well.

As for the movie itself, it took second place at the box office for the second straight weekend with 28 million in ticket sales. Venom continues to fight off the competition and held on to the top spot with 35 million.