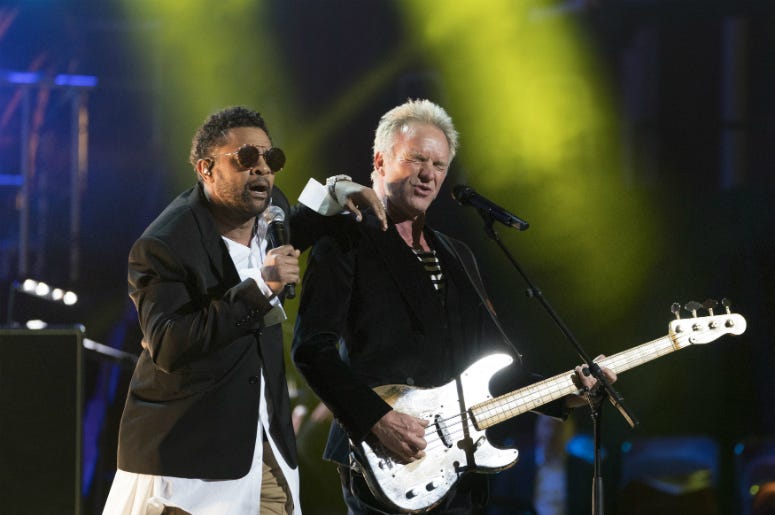 It’s Sting’s last day on the force, but he and partner Shaggy have one final assignment before he retires. That’s the set-up for the new video for the unlikely duo’s song “Gotta Get Back My Baby.”

“My Baby” in this case ends up being the boss’ prized car, and when it gets stolen by the bad girl Sting and Shaggy were initially after, Shaggy’s reaction is priceless. Check it out.

Sting and Shaggy are on the road in support of their 44/876 album. We caught up with them before the tour began. Shaggy told us about hearing his song “Oh Carolina” in a cab the first time around.