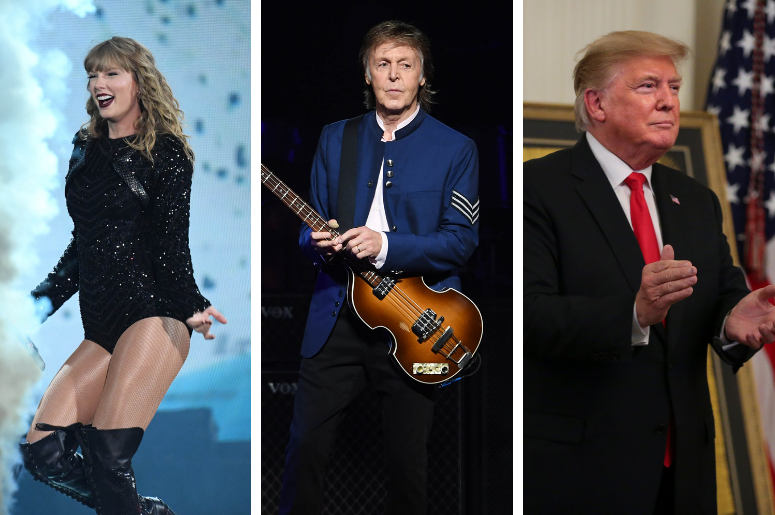 Egypt Station was released on September 7th to mostly favorable reviews. It includes the tracks "Who Cares" and "Despite Repeated Warnings." McCartney told the BBC the former, which tackles the issue of internet bullying, started with a thought about Swift and her sisterly relationship with her young fans. The latter is a rant about climate change deniers led by "the mad captain." McCartney told the BBC that’s obviously a shot at Trump.

McCartney has been keeping busy to promote Egypt Station. He played an intimate show at New York’s Grand Central Terminal that was livestreamed on YouTube the day the album was released.  The former Beatle also has tour dates booked through June 2019.