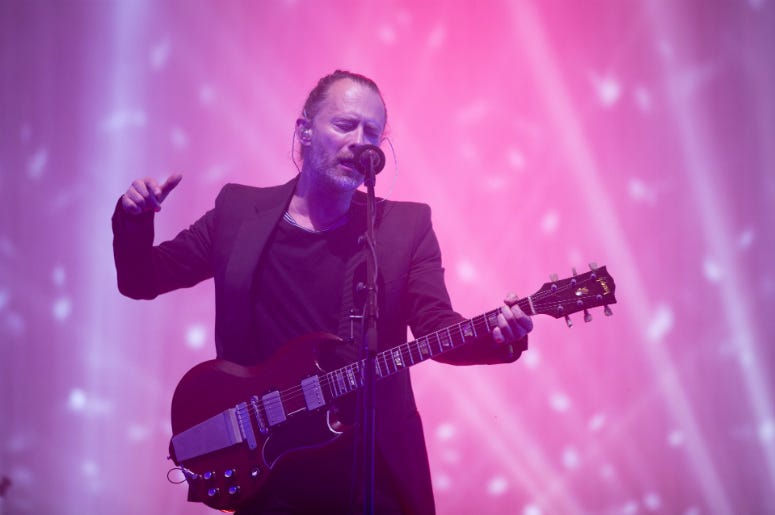 To the surprise of almost no one, Radiohead frontman Thom Yorke will not be attending the Rock and Roll Hall of Fame induction ceremony on March 29th in New York. But it may have more to do with the fact that he has a schedule conflict in France than the fact that he simply doesn’t get it.

Yorke told Variety that he is booked with the Paris Philharmonic, even though songs that he’s written for a piano duo won’t premiere until nine days after Radiohead is inducted. Band members haven’t exactly embraced the hall of fame honor – guitarist Ed O’Brien has called it a “quintessentially American thing” – and Yorke echoed that sentiment to Variety.

“We’ve always been very blasé about that stuff,” Yorke said. “So we don’t want to offend anyone. We just think that we just don’t quite understand it. We’ve had it explained to us, so it’s cool. But we don’t really understand it as English people.

Yorke said it would mean more to him if he were to be nominated for an Academy Award for his horror score of Suspiria. He spent more than a year on the music and said sometimes it’s nice to be recognized.