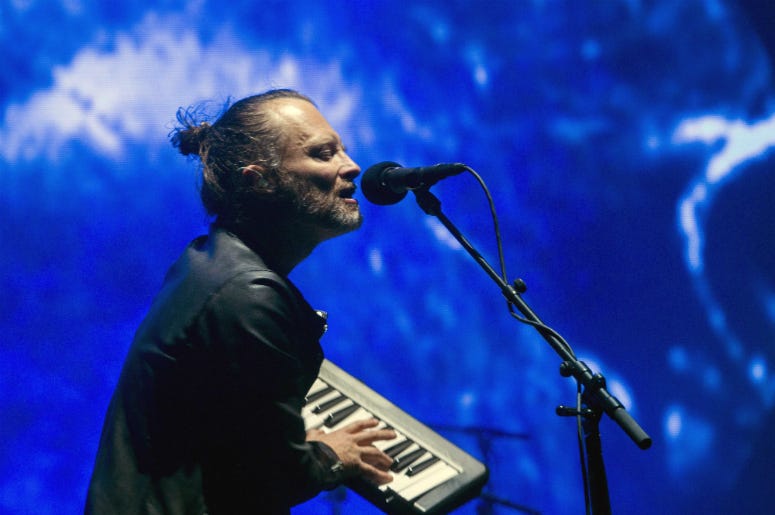 Radiohead singer Thom Yorke has unveiled a new song and video from his upcoming Suspiria soundtrack, and it may just put you in a trance.

The music for “Volk” starts by making you feel like something really bad is about to happen – Suspiria is a horror movie after all - while the video has you moving down an endless tunnel while various shadowy figures move in and out of frame.

Some fans on social media were a little freaked out by the whole thing.

Yorke described his mindset while scoring Suspiria during a recent interview.

“There’s a way of repeating in music that can hypnotize,” Yorke said. “I kept thinking to myself that it’s a form of making spells. So when I was working in my studio I was making spells. I know it sounds really stupid, but that’s how I was thinking about it. It was a sort of freedom I’ve not had before. I’ve not worked in the format of song arrangement. I’m just exploring.”