Weezer’s surprise Teal Album – the covers collection released earlier this year - paid big dividends at Coachella. The alt rockers have been known to perform some of the tracks on the album live, but sharing a stage with TLC’s Chilli and Tears for Fears during the same set was a first. 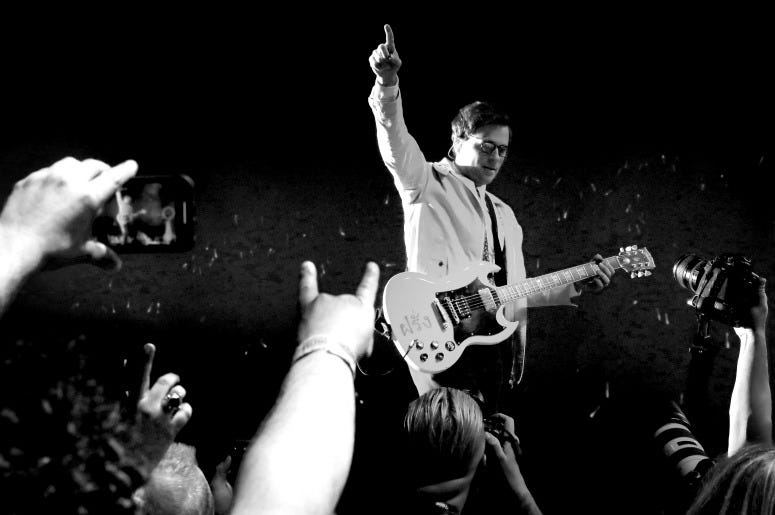 During the second half of Weezer’s time in the spotlight, the band launched into “No Scrubs,” the 1999 hit by TLC. Not long into the performance, Chilli appeared on-stage to add some familiar vocals. It took the crowd a few seconds to realize what it was being treated to, but once fans noticed, the cheers grew.

Thank you Chilli from @officialtlc for gracing our @coachella stage last night for “No Scrubs”! Such an honor! #classof1995mtvawards #karlscorner pic.twitter.com/RdhxqYFJ4W

The collaboration happened a few songs after Weezer brought Tears for Fears out to perform their 80s classic “Everybody Wants to Rule the World.” Weezer tweeted that the two bands would join forces again tonight on Jimmy Kimmel Live.

Weezer also included their popular cover of “Africa” by Toto, before ending their set with “Say it Ain’t So” from their 1994 debut.