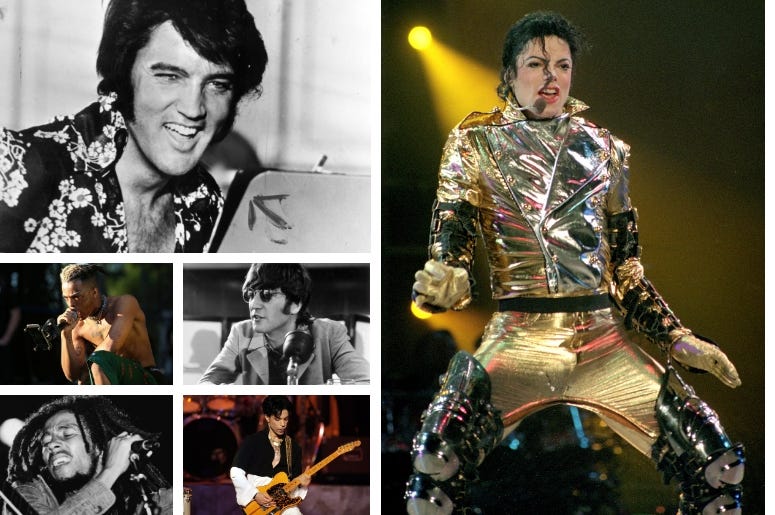 Sometimes, it pays to be dead.

Michael Jackson earned $400 million dollars over the past year, according to Forbes. That puts the king of pop atop the publication’s annual list of highest-paid dead celebrities. Forbes says most of Jackson’s earnings came from the sale of his EMI Music Publishing stake.

Another “king” came in a distant second on the list. Elvis Presley earned $40 million in 2018 – 40 years after he died of a heart attack at the age of 42. Forbes says most of his income comes from tickets to Graceland and a new entertainment complex that bears his name in Memphis.

Rounding out the top 3 is golf legend Arnold Palmer. His estate took in $35 million with the help of a new addition to Palmer’s beverage line.

Here’s the complete list of top-earning dead celebrities of 2018.