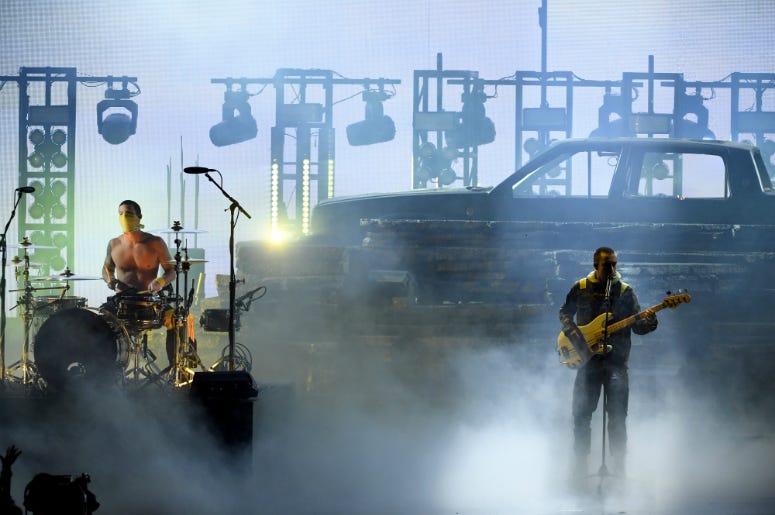 Twenty One Pilots will be getting out of Toronto earlier than expected. The duo was scheduled to perform two shows this week at Scotiabank Arena, but the second had to be canceled because of the NBA Finals. 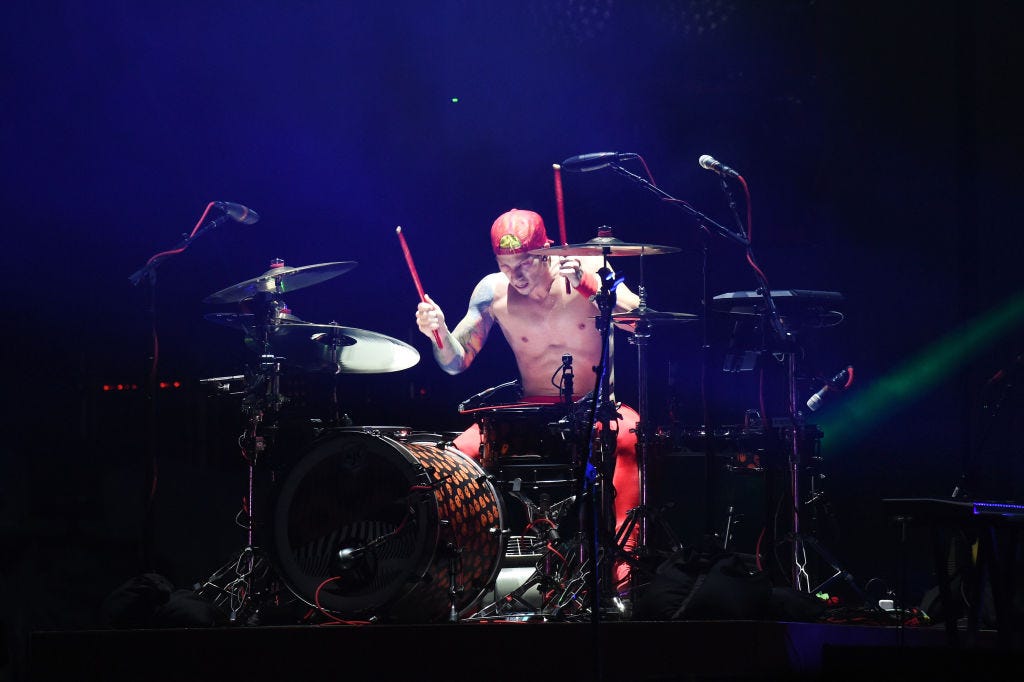 Tyler Joseph and Josh Dun will take the stage tonight (Tuesday) but then pack up and head to Grand Rapids, MI. The second show in Toronto was supposed to be tomorrow (Wednesday), but the NBA needs time to set-up for game one of the finals between the hometown Raptors and Golden State Warriors on Thursday.

congrats @Raptors on making the finals. this means we have to cancel night number two of our toronto shows for the @NBA to have arena access. @TicketmasterCA will be reaching out to night two ticket holders while we try to find more seats for night one.

Tyler and Josh are taking the news in stride though, and are personally seeing to it that some of Wednesday’s ticketholders can get in to Tuesday’s show. Josh and his dog, Jim, did a little demonstration and posted the photo to social media.

tonight in toronto we have opened up a few more sections close to stage to get more of you in. here we see jim and josh demonstrating about where these new seats are located. good boy, Jim. https://t.co/beiW1siiyd pic.twitter.com/7jKbELUa5v

Twenty One Pilots are on the road through at least the end of the summer. Their Bandito Tour comes in support of their highly successful fifth studio album Trench.