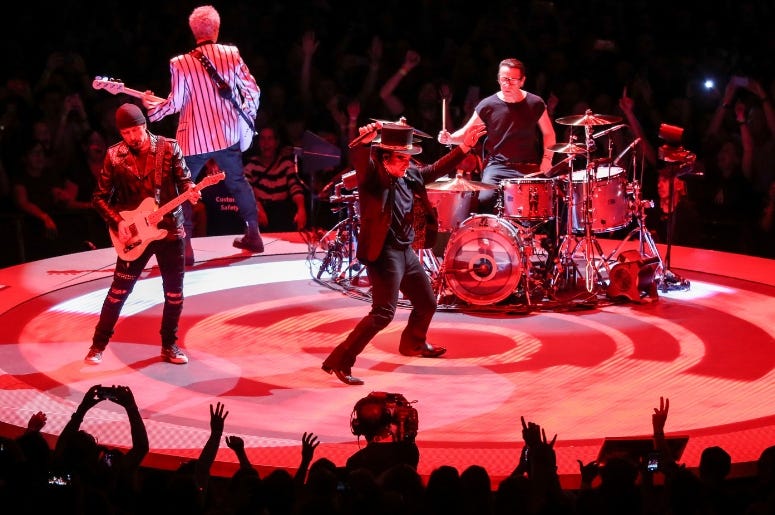 There are some bands that run through their greatest hits albums during their live shows and call it a night. U2 has never been one of those bands.

During a homecoming show over the weekend, the boys from Dublin dusted off a song from their experimental 1993 album, Zooropa, for the first time in more than two decades.

Bono eased into “Dirty Day” with a tribute to each of the band members’ fathers, but noted the song was about getting out of their shadows.

U2’s eXPERIENCE + iNNOCENCE tour wraps up tonight in Berlin. The band has been on the road almost non-stop since the North American leg began last spring.