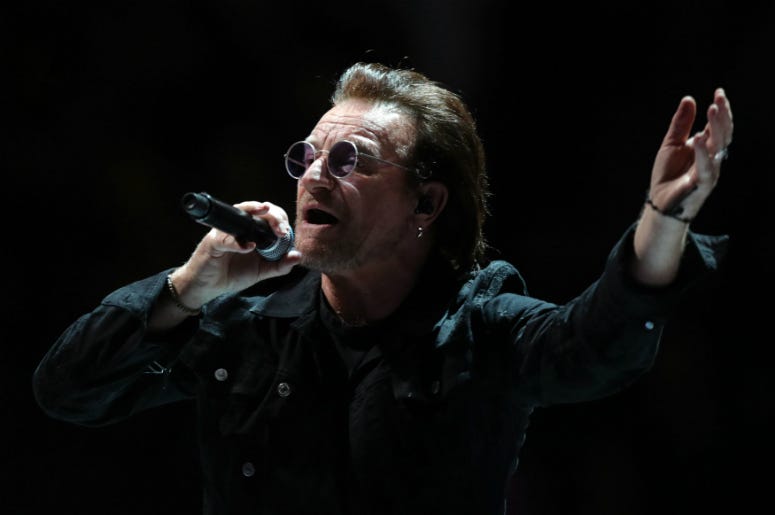 Is U2 done? Probably not. But Bono has fans on-edge because of something he said last night in Berlin.

During the final show of the band’s eXPERIENCE + iNNOCENCE tour, Bono addressed the crowd: “We’ve been on the road for quite some time, just going on 40 years, and this last 4 years have been really something special for us. We’re going away now,” he said.

Bono: "we've been on the road for quite some time, just going on 40 years, and this last 4 years have been really something very special for us. We're going away now..." #U2eiTour

The news comes from the fan account U2gigs, which tried to ease fans’ concerns.

I will concede that this is the first time the mass panic has at least seemed plausible. But there'll be *something* for Boy at 40 or AB at 30, or a new record. U2 won't sit still and they won't break up, and they've got enough years ahead of them yet to fit in more gigs!

Bono’s words take on added meaning, though, because of a recent interview with The Sunday Times. He talked about an unnamed “brush with mortality,” and said he was unsure if the band would continue to tour.