Vampire Weekend has released a new video for their made-for-summer song “This Life.” The movie-style black and white clip features a number of cameos, as a chauffeur of sorts drives a number of passengers to a Seder hosted by Mark Ronson. 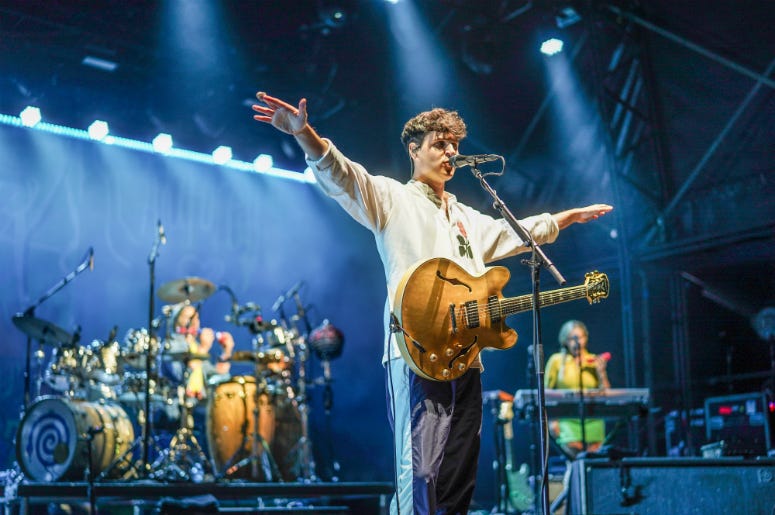 “Baby, I know pain is as natural as the rain. I just thought it didn't rain in California,” sings Ezra Koenig, who appears in the video. And there is no rain, just happiness, as the car passengers’ hair blows in the Southern California desert wind during the breezy track.

Those passengers include Danielle Haim, who appears on several tracks on Vampire Weekend’s new album Father of the Bride. It was the New York alt rockers’ third consecutive #1 and the LP had the biggest week for a rock album so far in 2019.