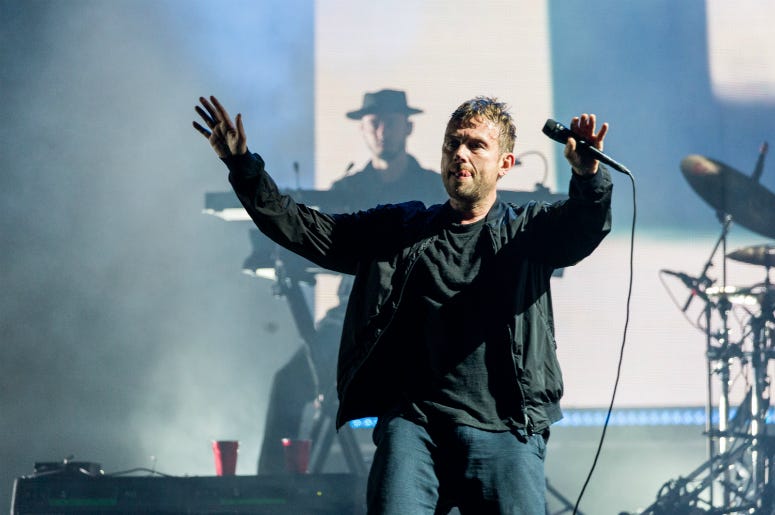 Gorillaz had a lot of company on-stage during its marathon 30-song set at the Demon Dayz Festival in Pico Rivera, California, but none more notable than an old friend of Damon Albarn. He welcomed Blur bandmate Graham Coxon to the stage to perform “Song 2,” a late 90s staple of cover bands everywhere.

“We’re going to try a bit of cross-pollination,” Albarn announced before Gorillaz began a slowed down funky take on the song. Coxon eventually walked out and launched into the familiar guitar intro.

De La Soul, George Benson and Hypnotic Brass Ensemble are among the other acts that collaborated with Gorillaz during the show.