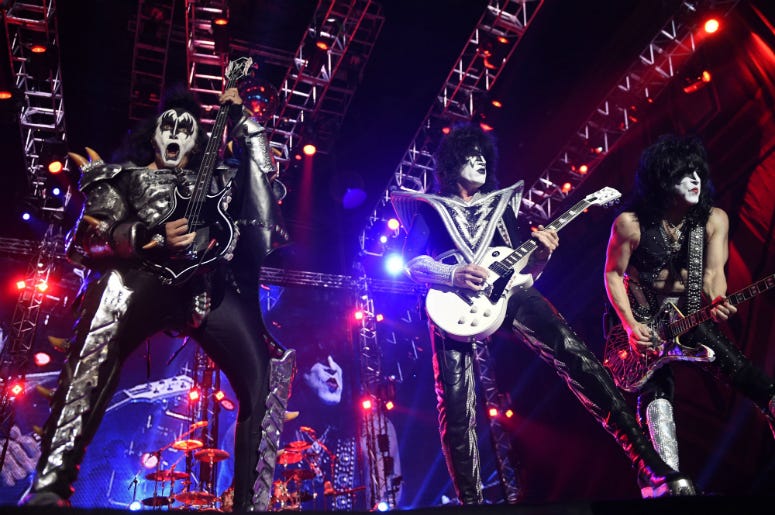 One of the most influential bands of all time is gearing up for what it’s calling its final tour. The members of KISS put on their signature make-up and took the Tonight Show stage.

Paul Stanley, Gene Simmons, Tommy Thayer and Eric Singer electrified Jimmy Fallon and the audience with a typically energetic performance of “Love Gun,” the title song from the 1977 album.

The whole thing went down in a studio that was transformed just for the performance, allowing fans to get close to the stage and the band to include its requisite pyro.

Fallon ran into the band backstage before the performance. He chatted them up about the End of the Road Tour. It starts on January 1st in Vancouver and will stretch into 2020. The band also gave Fallon a lesson in pick-throwing.