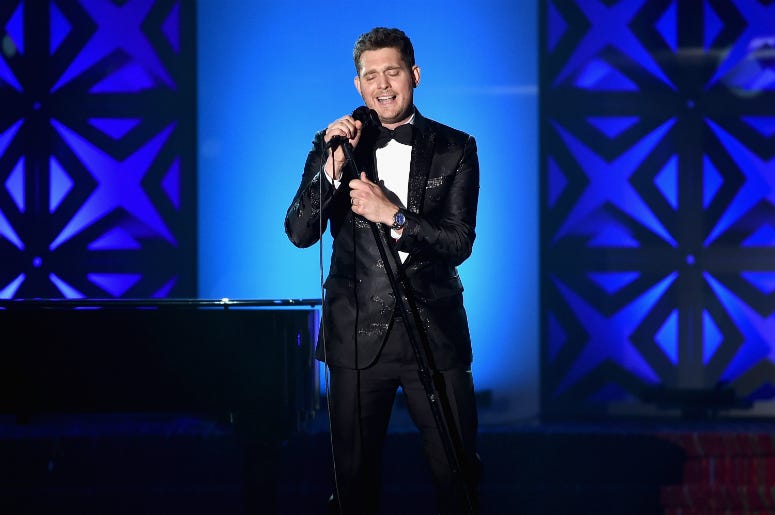 If you like Michael Bublé and you like Frank Sinatra then you have to love Bublé’s performance on The Tonight Show Starring Jimmy Fallon.

Bublé threw it back to the 40s and 50s with a swinging rendition of “When You’re Smiling.” The song was originally written way back in 1928, but Bublé and an orchestra of more than a dozen members gave it a jazzy feel reminiscent of Sinatra’s style.

“When You’re Smiling” appears on Bublé’s new album, Love. He had been out of the spotlight for two years as his son dealt with serious health issues, and despite recent rumors of his impending retirement, he says he’s not going anywhere.