Somehow, Mumford & Sons have already been doing their evolving folk rock thing for more than a decade now. With all that time having past, the Brits are reflecting on where they’ve been, and how they hit the reset button to help them chart a path for the future. 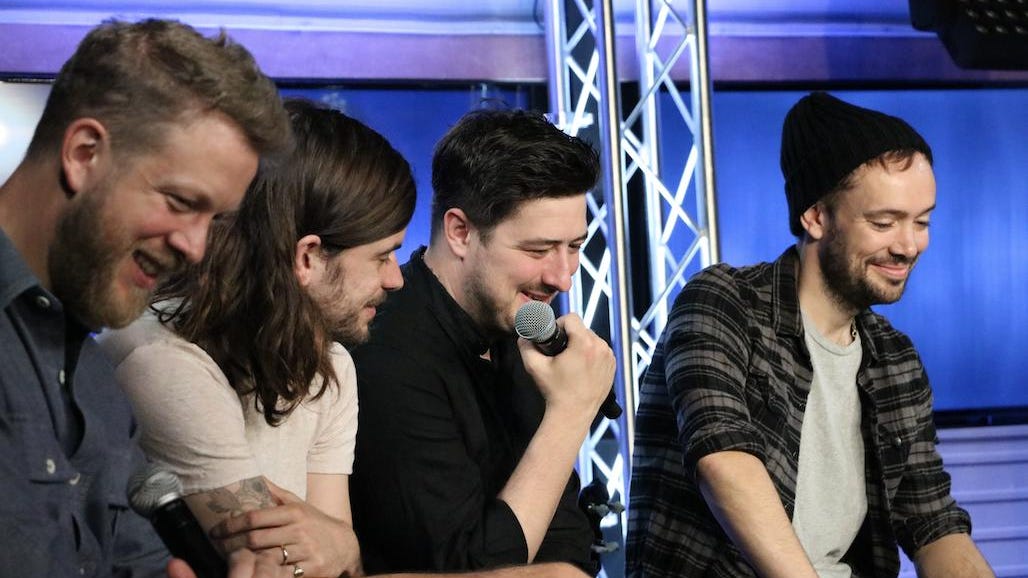 It’s all documented in the Mumford & Sons - 12 Years Strong production just released on Vevo. The mini-doc takes fans behind the scenes as the band travels the U.S. on its Delta tour. One of the highlights is a recap of Mumford & Sons’ intimate gigs at some of their favorite record shops around the country. Frontman Marcus Mumford says the performances in cities like Nashville, Atlanta and Indianapolis helped them remember where they came from.

“I think we went through a period after Babel where we got kind of shot,” Mumford said. “Babel just blew up faster than we ever thought it might, and we kind of closed the doors a bit more, and I think we lost some of the beauty of connecting with smaller audiences.”

Mumford & Sons - 12 Years Strong also features an acoustic version of “Wilder Mind,” the title track from their 2015 album, and an exclusive live performance of "Forever." Mumford said the U.S. trek was a great experience for the band.