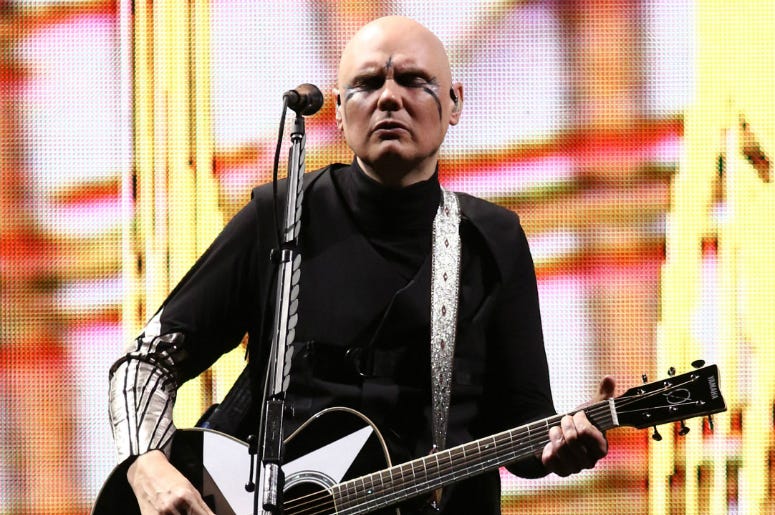 The band spends a night in a haunted house to help a radio station raise money for charity, and Sugar Ray’s Mark McGrath makes an appearance. Need we say more?

"Silvery Sometimes (Ghosts)” and the prior single, “Solara,” appear on the forthcoming Shiny And Oh So Bright, Vol. 1 / LP: No Past. No Future. No Sun. It will be released on November 16th, and it’s the trio of Billy Corgan, James Iha and Jimmy Chamberlin’s first Smashing Pumpkins record together in 18 years. Longtime guitarist Jeff Schroeder is also back.