The soundtrack for the upcoming Elton John biopic Rocketman falls mostly in the lap of Taron Egerton, the actor who portrays the legendary performer. The album and the film feature new versions of Elton’s songs sung by Egerton, and the video for “Rocket Man” has been released. 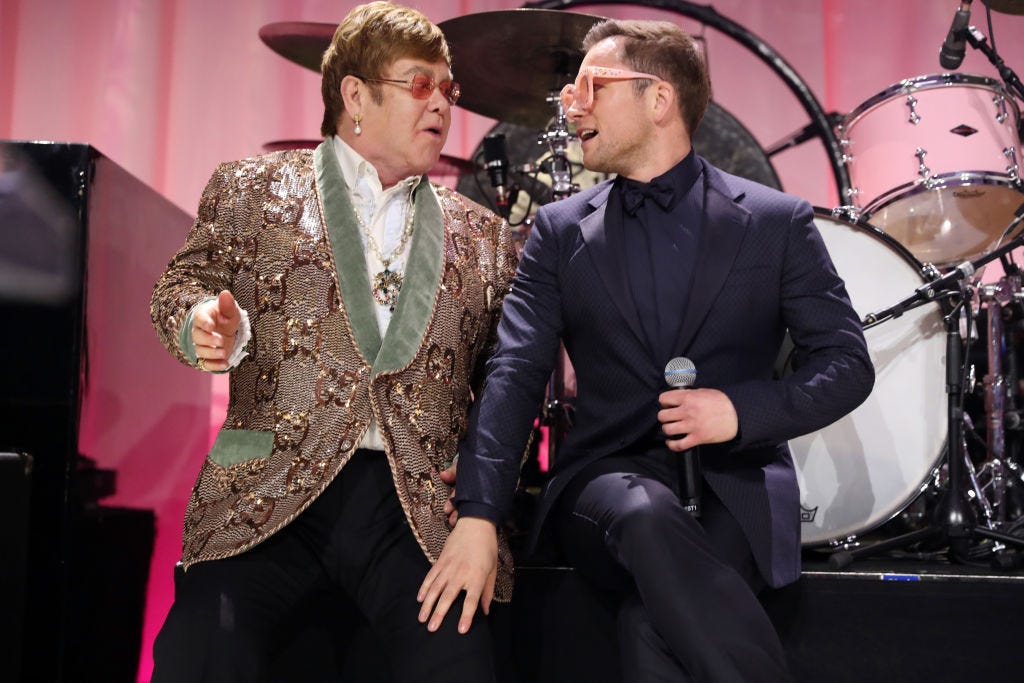 The clip goes back and forth between Egerton singing and scenes from the movie, which will be released on May 31st. The soundtrack will be released a week earlier, and includes a new Elton John song called “(I’m Gonna) Love Me Again” that he duets with Egerton. The actor is earning rave reviews for his singing from Elton John himself.

“It was so important that the music I composed and recorded had to be sung by Taron,” John said in a statement. “I wanted his interpretation of me, through Bernie’s lyrics & my music – not just acting.”