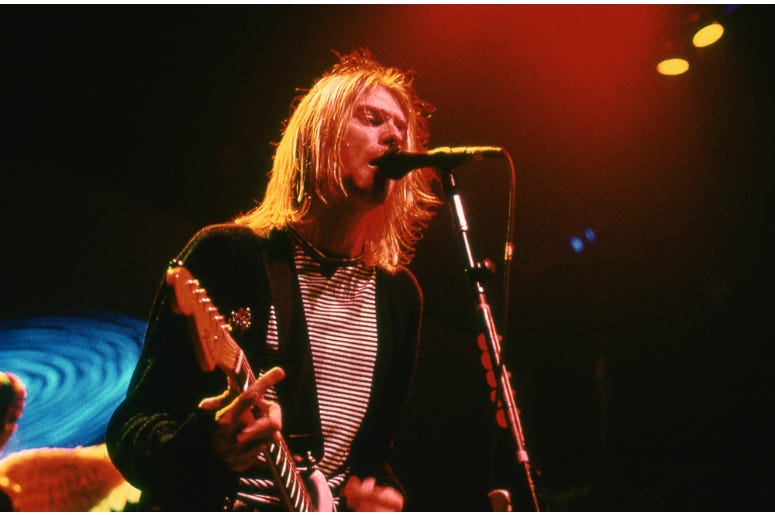 The year was 1991. 80s metal bands Warrant, Slaughter and Kix were still lingering at the bottom of the Billboard album chart. And then some band from Seattle came along and put the final nail in the coffin of the genre.

Nirvana released its second studio album, Nevermind on September 24th. The lead single, “Smells Like Teen Spirit” went straight to radio and MTV, and the 90s would never be the same again. Gone were the party anthems, girl-infused videos and soaring guitar solos of the 80s. Nevermind instead provided the template for much of what would follow on alt rock radio throughout the first half of the decade: songs that started quietly before erupting into an overdriven chorus of angry lyrics. “Grunge” was born as a genre.

Tormented lead singer and guitarist Kurt Cobain was the unwitting leader of it all. In an interview with Rolling Stone less than a year later, he lamented his new-found fame.

“I don’t blame the average seventeen-year-old punk-rock kid for calling me a sellout,” Cobain told Michael Azerrad. “I understand that. And maybe when they grow up a little bit, they’ll realize there’s more things to life than living out your rock & roll identity so righteously.”

Nevermind went on to sell more than 30 million copies worldwide. “Come as You Are,” “Lithium,” and “In Bloom” followed “Smells Like Teen Spirt” as singles. But Cobain, drummer Dave Grohl and bassist Krist Novoselic didn’t last long as a band – releasing just one more studio album before Cobain’s death in 1994.

Meanwhile, Warrant, Slaughter and Kix are all still touring.