If there’s ever a band meant for the recurring “classroom instruments” segment on The Tonight Show Starring Jimmy Fallon, it’s the quirky Weezer. The band embraced the ‘80s with Fallon and The Roots for a unique version of a-ha’s “Take on Me.” The skit even began with the same sketchy video effect used on the original 1985 video. 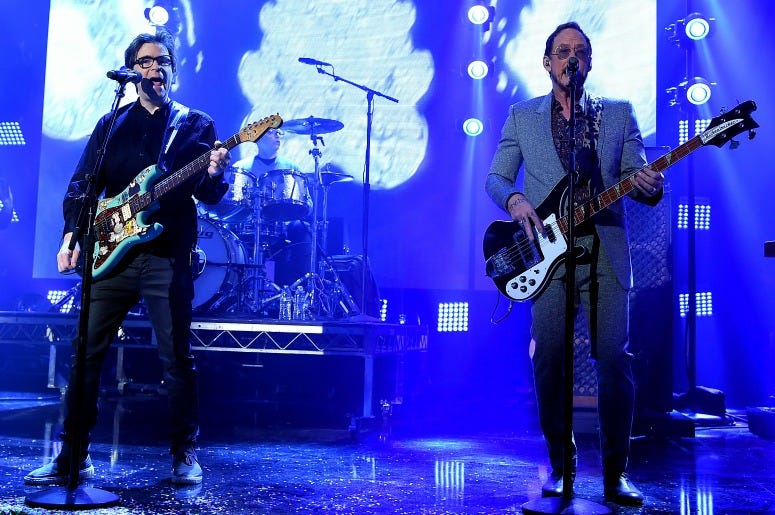 Frontman Rivers Cuomo’s instrument of choice was a banana shaker on the track that was included on the band’s surprise new covers LP The Teal Album. It was barely out a month before Weezer released their highly-anticipated The Black Album.  It’s available everywhere – even on a new Weezer-themed island in Fortnite.

There is a new @Weezer themed island in @FortniteGame season 8 which is also playing the new album @RiversCuomo pic.twitter.com/tgNI3jDjr7

We may still be digesting The Black Album and The Teal Album, but Weezer has more in store for us. Cuomo told Entertainment Weekly that the band is already working on not one but two more albums. Cuomo says one will be guitar-driven, and the one that’s closer to completion is piano-based.