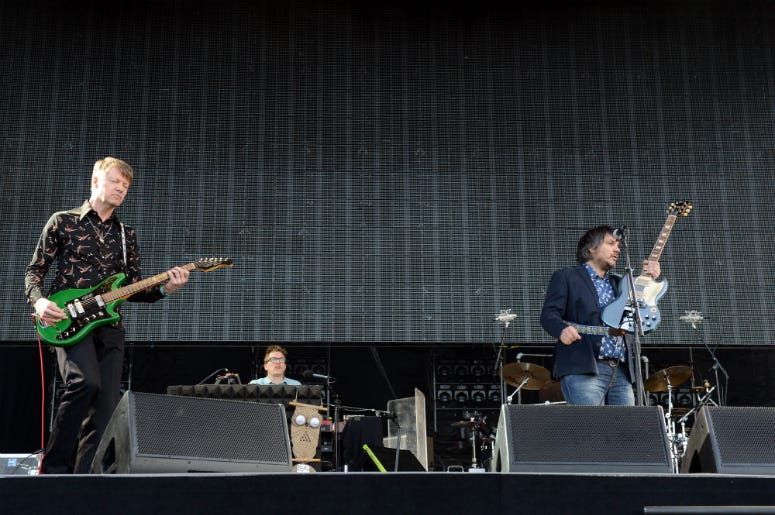 Indie rock favorites Wilco are teaming up with the outdoor lifestyle brand Best Made to offer die-hard fans some unique and expensive collector’s items.

Let’s start with the axe – not as in guitar – just an axe. They’re calling it the Gray Ghost, and only 15 of them will be made for a retail price of $448. What’s the connection to Wilco? The axe was inspired by the album cover for 2004’s A Ghost Was Born, which was designed by Best Made founder Peter Buchanan-Smith.

Wilco and Best Made have also come up with the mother of all box sets. It includes each of the band’s ten studio albums on vinyl, and they’re individually signed by frontman Jeff Tweedy. The albums are housed in an album crate inspired by a toolbox. The whole thing will set you back $1,198.