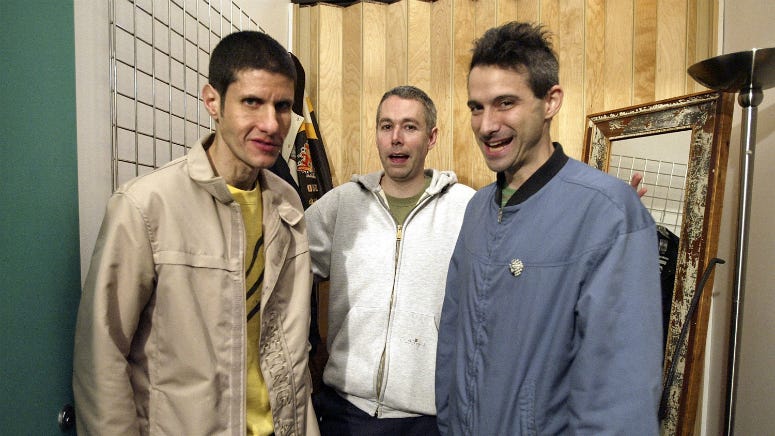 In 1986, the Beastie Boys introduced thousands of young people to rap and hip hop with their landmark album, Licensed to Ill. By the time Check Your Head was released six years later, the New Yorkers proved they could be a rocking band as well.

Not surprisingly, the Beastie Boys have a lot of stories to tell about a career that touched four decades, and they’re doing just that in a nearly 600-page memoir.

The Beastie Boys Book recaps the rise and success of the trailblazing trio through the eyes of surviving members Ad-Rock (Adan Horovitz) and Mike D (Mike Diamond). The pages also serve as a tribute to MCA (Adam Yauch), who died of cancer in 2012.

The New York Post touched base with Horovitz and Diamond about the book. Revelations include:

Horovitz and Diamond say they regret some of the things they’ve done and have since apologized for their behavior as 20 somethings. The Beastie Boys Book will be available October 30th.