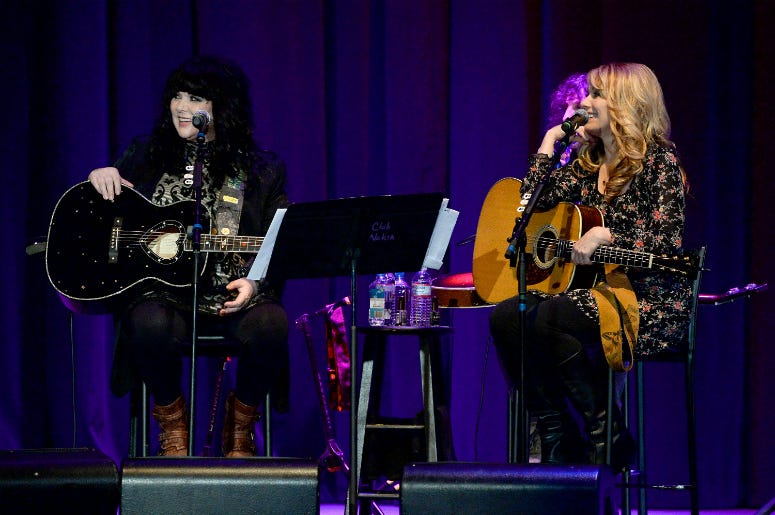 Rock and Roll Hall of Famers Heart haven’t been on the road since a sisterly falling out in 2016. Ann Wilson’s husband was arrested for assaulting Nancy Wilson’s teenage son on a tour bus, and things haven’t been the same since.

But there are new developments involving the Wilson sisters. During the most recent episode of the “Let There Be Talk” podcast with Dean Delray, Nancy dropped a bombshell. She says she and Ann are talking, there’s a big offer on the table, and it’s looking really good for a reunion tour.

“I‘ve got my hopes up about it, and I think it would just be a beautiful way to serve the legacy right,” she said.

Nancy also reflected on the incident that caused a rift between her and Ann.

“It was a family drama that was highly unnecessary and uncalled for and hurtful,” she said. “It was just one of those things that takes time to get past. And so a couple years have gone by. It’s not anything that Ann ever did wrong or I ever did wrong. It’s just one of those family dramas that just happened and it just kind of poisoned the atmosphere for a while there.”

Nancy says details are being still worked out about who else would be in the band, since both sisters have musicians they are comfortable with in their respective solo projects. But it certainly sounds like hits like “Barracuda,” “Crazy on You,” and “These Dreams” are coming soon to an arena near you.

Also watch our exclusive interview with Ann Wilson about her new album Immortal, which pays tribute to some artists who are no longer with us.