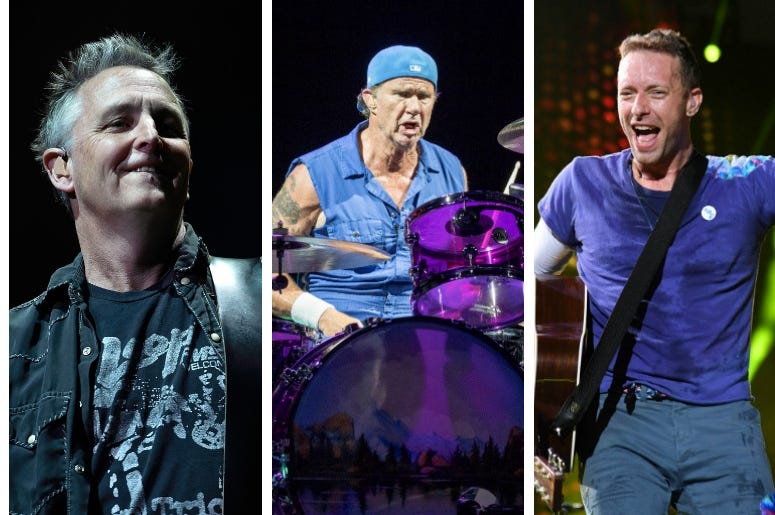 For one night only – one of the best and most diverse rock supergroups you will ever hear. And since they’re not trying to sell records, the name is a mouthful:  Chad Smith’s Super Mega Funktastic Jam Rock All Stars.

The Red Hot Chili Peppers drummer will take the stage with guitarists Josh Klinghoffer of the Peppers and Mike McCready of Pearl Jam, bassists Duff McKagan of Guns N’ Roses and Stefan Lessard of the Dave Matthews Band, and vocalists Chris Martin of Coldplay and Brad Paisley.

The show is part of a star-studded charity event organized by Smith’s well-documented doppelganger, Will Ferrell. The two have played up their lookalike status, most famously with a drum-off on The Tonight Show With Jimmy Fallon.

“Will Ferrell’s Best Night of Your Life” will happen on October 6th at the Greek Theatre in Los Angeles. Buy tickets here.

The event will also feature comedians Jerry Seinfeld, Samantha Bee and James Corden, among others. Proceeds go to Cancer for College, which provides college scholarships to low-income, high-achieving cancer survivors.