By Danielle Pieroni (via WODS)

The universe has answered our prayers. A Star Is Born is coming back to theaters!

According to ET Online, Warner Bros. announced that the film will return to theaters for one week only with twelve additional minutes of footage! Starting Friday, March 1, the updated version of the movie will "feature extended performances of songs including "Black Eyes," "Alibi" and "Shallow.""

We're also getting new footage of various scenes. As we all know, Lady Gaga plays the leading role of Ally, and Bradley Cooper plays Jack. The scenes include Ally singing "Is That Alright?" to Jack during the wedding sequence, Jack singing "Too Far Gone" in the studio, and Jackson and Ally writing "Clover," a new song, together.

ET also states, "in a sneak peek of the new cut of the film, fans can see Jack and Ally's writing session."

As if everyone wasn't already invested in Jack and Ally's love story, this news comes just days after Gaga and Cooper perform "Shallow" at the Oscars, leaving everyone convinced their chemistry is too real! 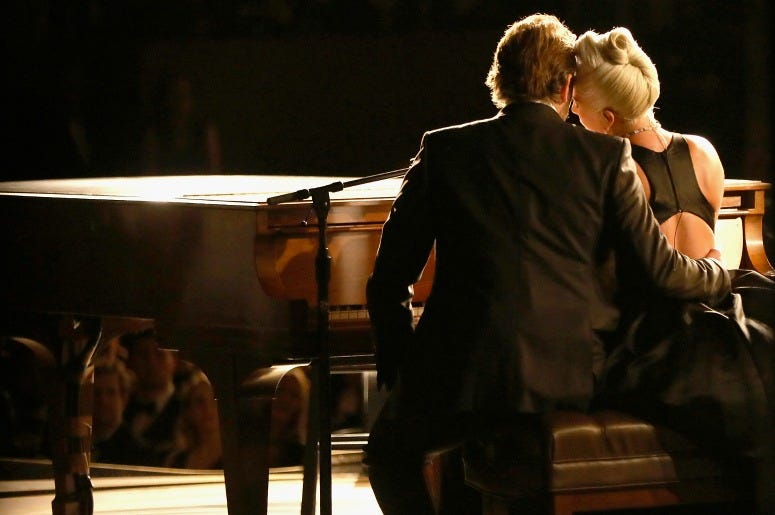 Moral of the story, bring extra tissues this time around!

Nothing could be more special than sharing this moment at the Oscars with a true friend and artistic genius. pic.twitter.com/Khy9ooCJDZ