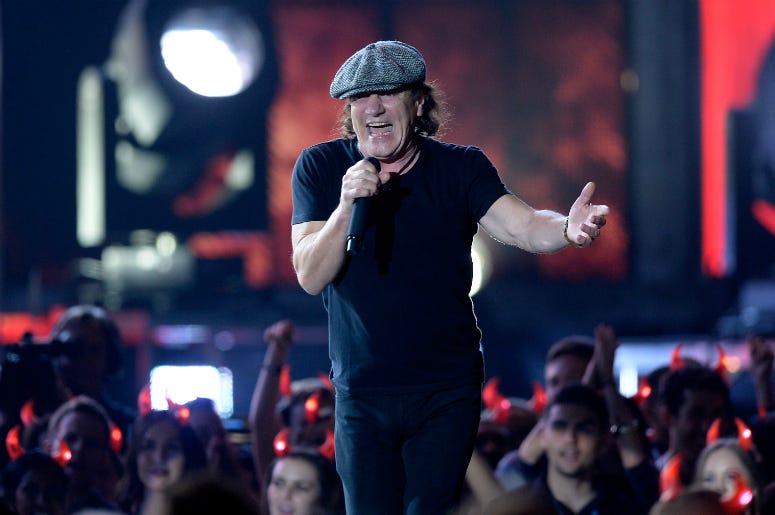 In 2018, photos of Brian Johnson and Phil Rudd standing outside Warehouse Studios in Vancouver, where AC/DC has recorded many albums, suggested that both members were back with the band. Now California grindcore rock band Terrorizer is reporting that Johnson is officially back with the band.

Terrorizer revealed on facebook that it briefly ran into Johnson at the airport, and that he told them he was back with the band.

"We ran into Brian Johnson from AC/DC at the airport today after the flight home, and we asked him about the rumors of him being on the new AC/DC album and he said 'Yes' and that he is 'Sick of denying it'. So that was a cool surprise ending to the tour."

Last night we played the final show of the TERRORIZER - "Caustic Attack Over Europe" Tour 2019. The last week we have... 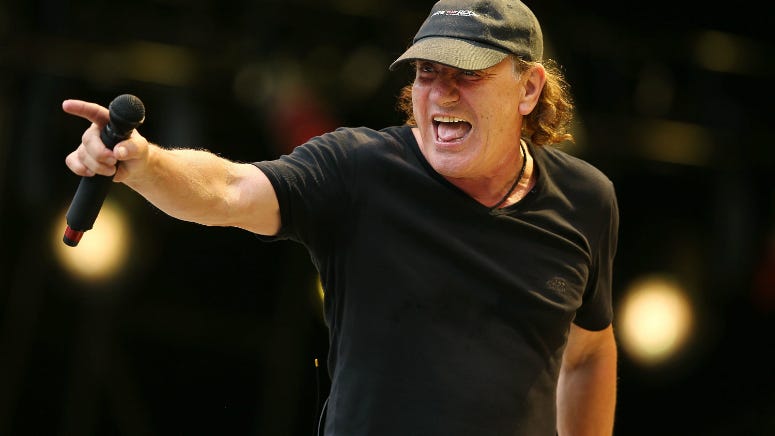 Johnson had stepped away from touring with AC/DC in 2016 due to serious hearing loss approaching total deafness. Rudd was been replaced by drummer Chris Slade in 2015 due to alleged drug possession and allegedly making death threats to an employee.

Johnson replaced the late Bon Scott in 1980. His first album with AC/DC was the iconic Back in Black, featuring "Hells Bells."