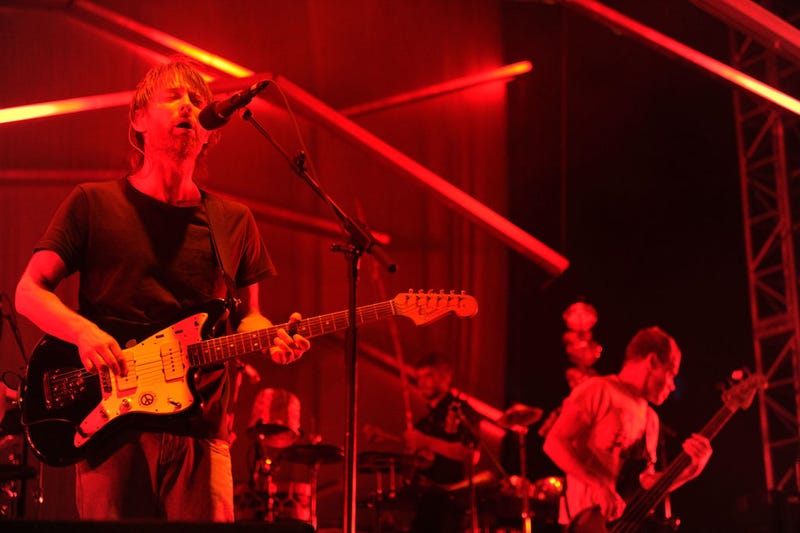 Once upon a time (2010), Radiohead frontman Thom Yorke and Red Hot Chili Peppers bassist Flea started a band. That band was called Atoms For Peace. They released exactly one album, entitled 'AMOK' and then parted ways... until now.

The boys have reunited to record, "Daily Battles," for the upcoming Edward Norton film, Motherless Brooklyn. Far from a random assignment, Yorke was apparently courted by Norton himself regarding a contribution for the picture, telling Rolling Stone, “I wanted Thom to write an old-world melancholy ballad, and I wanted his voice to be the properties for [Norton’s character] Lionel’s voice."

Another interesting fact regarding the film and it's co-conspirators, is that Norton's friendship with Yorke actually dates back to the mid 90s, when R.E.M.'s Michael Stipe introduced the two at a now legendary NYC show, for which the guest list has gone viral many times over (Norton is apparently the guest referred to, next to R.E.M.'s name).

Motherless Brooklyn, written, directed, and starring Norton adapts the Jonathan Lethem novel of the same name, which tells the story of a Tourette’s-stricken detective in 1950s New York.

“He sent me this track of him on a piano singing it and I was sitting on the edge of my bed in the dark, crying from listening to this song,” Norton says, “It’s so instantly heartbreaking and evocative of so many of the themes to the movie without being overly specific to them, but so much so, I thought the idea of daily battles that everyone is fighting, that you’re trying to rise up and out of, was so evocative that I went back into the script and put the phrase into a scene.” Norton then enlisted jazz great Wynton Marsalis to record a jazz arrangement of the song.

Speaking on Flea's involvement he added, “People don’t really know this, but Flea went back to USC and got his masters on music theory on trumpet, and his dad was a jazz musician and he is a deep aficionado of jazz. So Flea came in and played the most beautiful, simple lines that add that dimension. And then Thom took some of them and reversed them and put them through compressors so that it’s playing backward and forward at the same time. It’s really beautiful.”

And there you have it. You can check out "Daily Battles" below.