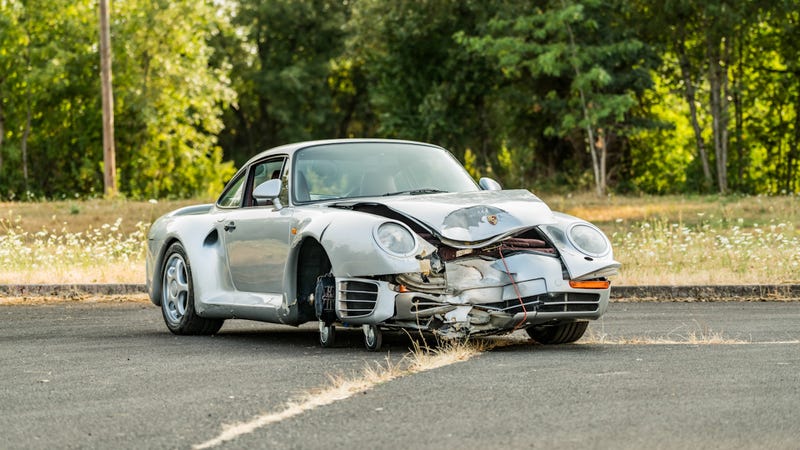 Despite being in a car accident, this car could still go for well over half a million dollars.

The 1987 Porsche 959 was worth over a million before the crash, but thankfully the accident has left much of the iconic model intact.

The car can still move on its own because the engine looks completely unharmed.  Mecum Auctions expects the rare car to between $450,000 to $550,000 in their upcoming auction.

There were only 337 Porsche 959’s ever made, so despite it’s unique exterior, the car’s still a great find.

With a fresh coat of paint and many hours in the shop, the Porsche will be roaring down roads in no time.