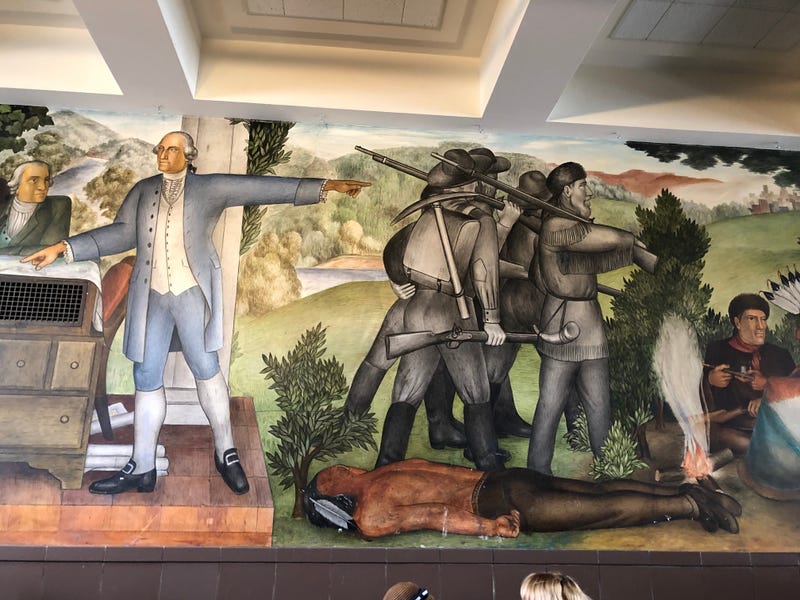 (KCBS) - The San Francisco school board has voted to cover up, rather than destroy, a historic mural that some students and parents at George Washington High School have called demeaning and upsetting because of its depictions of slavery and Native Americans.

In a 4-3 vote on Tuesday, members of the San Francisco Unified School District Board of Education opted to use panels to hide the large "Life of Washington" painting in the Richmond district school that shows enslaved African Americans at work on George Washington's estate as well as a dead Native American at the feet of colonialists.

"Ultimately, I want art that inspires our students rather than dehumanizes," said board president Stevon Cook. 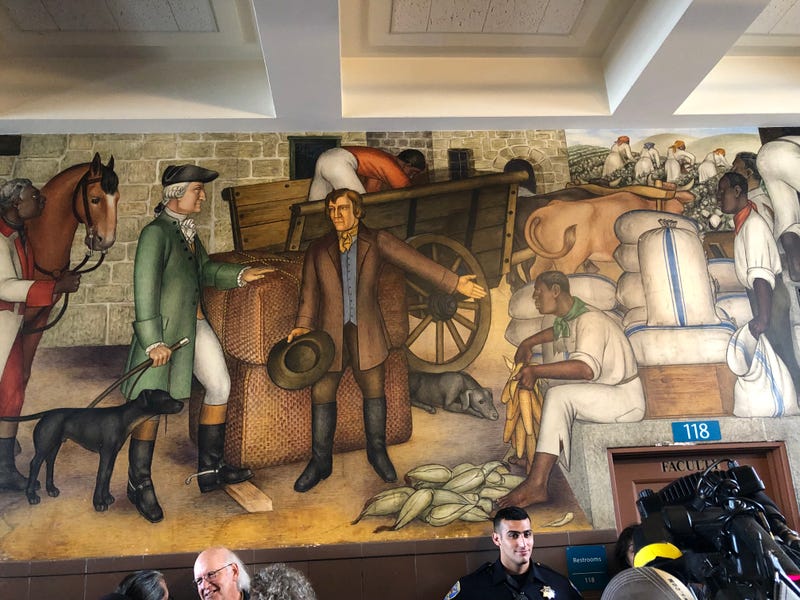 In June, the board had voted to paint over the mural, a cheaper option than installing panels.

Students speaking at the board meeting Tuesday called for the removal of the mural, which was completed in 1936 by Victor Arnautoff.

"This mural is hurtful and harmful to many indigenous students, including myself and even parents" said one boy. "I understand that this is a historical mural, but it tells the history from the perspective of white people."

Before the meeting, actor Danny Glover, who attended the school, held a rally in defense of the painting.

Other supporters argued that it should provide students with an important education about American history.

"The mural should be utilized as teaching tools and not removed from view, just as the radical artist intended with his implicit criticism of the myths that are still commonly accepted about the so-called 'father' of our country," said one woman.

The board's plans calls for digitizing the mural so art historians can access the work.