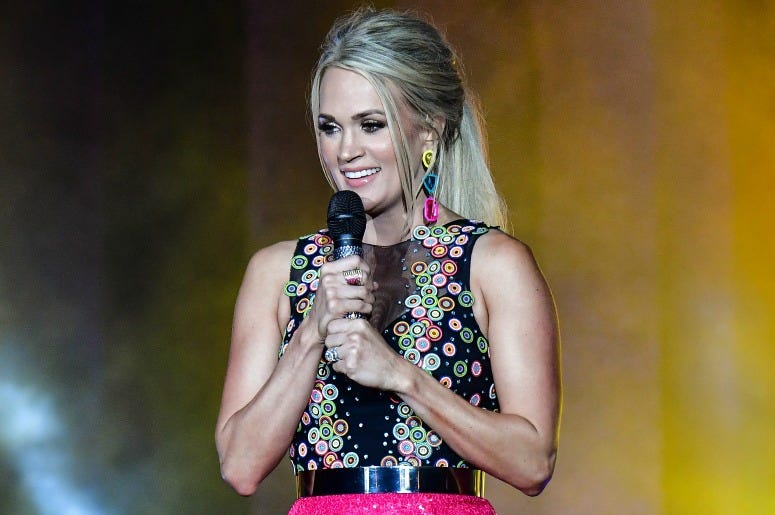 (Y108) - When touring, artists receive a lot of gifts from their fans grateful that they have made the journey to their state, but most probably haven't received anything like Carrie Underwood.

While on her Cry Pretty Tour 360, Carrie received probably the most unique gift of them all. A 40 pound block of Wisconsin cheese carved to look like her.

Carrie was recently presented with the sculpture in Milwaukee, Wisconsin, leaving her at a loss for words.

The @fiservforum outdid themselves tonight! This is me...carved into a 40 lb block of Wisconsin cheese in honor of our show here in Milwaukee! I’m speechless!!! 🧀 #CryPrettyTour360 #WheresTheWine pic.twitter.com/zC4IVQzP1w

After Carrie posted the picture, some of her fans took to Twitter to point out that Carrie tends to follow a vegan diet, so she likely won't even be able to truly enjoy this one-of-a-kind creation.

Either way, we're sure that is a gift from a fan Carrie will never forget.