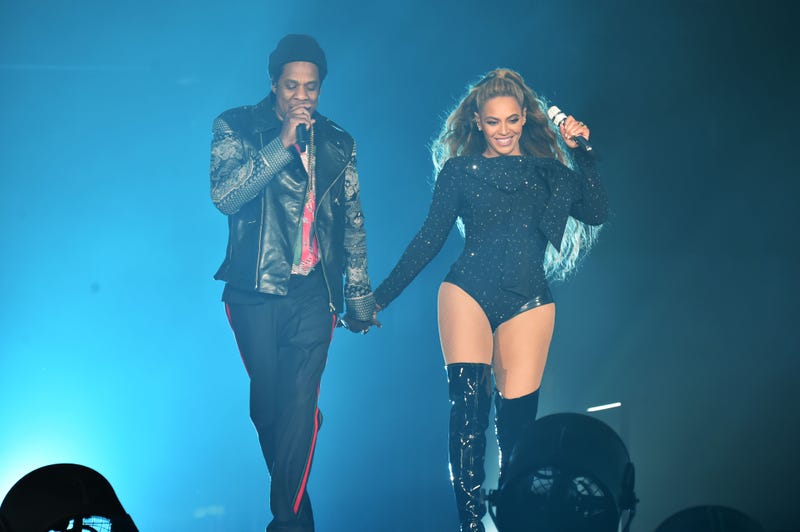 Just another Saturbey for the Carter family. After months of speculation, Beyoncé and JAY-Z dropped their long-awaited joint album on Saturday following the pair's On the Run II tour stop in London.

Called Everything Is Love, the nine-track record appeared without advance warning and is currently only available to stream via Tidal, the company owned, in part, by JAY-Z. On the Tidal homepage, the album is credited to "The Carters."

Tracks on the album include "SUMMER," "APESH--" (for which the pair produced a video), "BOSS," "NICE," "713," "FRIENDS," "HEARD ABOUT US," "BLACK EFFECT," and "LOVEHAPPY." (As with Beyoncé's last album, the surprise release Lemonade, all the track titles are styled in all-caps.) In addition to those songs, an additional track called "SALUD" is also available via Tidal.

Everything Is Love is the latest album to arrive from the Carter family, following 2016's Lemonade (which featured Beyoncé opening up about her marital trouble with JAY-Z) and last year's JAY-Z record 4:44 (where the rapper responded with his thoughts on the relationship and its prior issues).