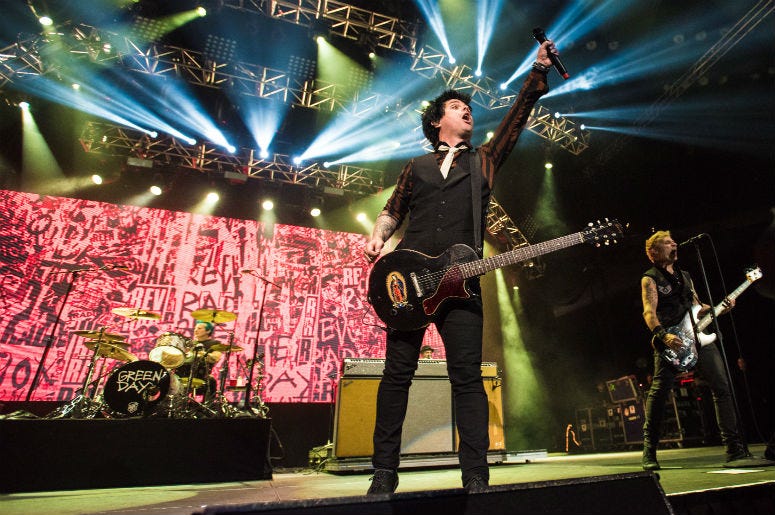 Perhaps you've heard about the punk rock show that damaged a Santa Ana, California Denny's earlier this month. The band Wacko really threw down in the diner.

According to Billboard, the room was packed well beyond the 50-person capacity and stuff started breaking.

Well, 17-year old Bryson Del Valle, who booked the show under the guise that he needed the space for a birthday party, was on the hook for the damages. He was given an $1,800 bill, so a GoFundMe page was launched by Wacko to help him pay it off. That's where punk legends Green Day came in and covered the costs (and a little more) themselves.

Wow, @GreenDay dropped $2k to help the #wacko kids and young Bryson in the aftermath of the Great Denny's Punk Rock Riot of 2019. Special shout to @DennysDiner for renting a 50-person room to a 17year-old and then shaking him down for $1800 to cover the Moons of My Hammy Spread pic.twitter.com/5dDPsVBYI8

Green Day also asked Bryson to book them so if they show up at a popular diner chain sometime soon we shouldn't be too surprised.

The expensive punk show, meanwhile, drew much-appreciated attention to Wacko as a band and to Del Valle as an enterprising young promoter.

"Pretty amazing if you ask me," Dan Berkowitz of CID Entertainment told Billboard. "What do they say? Lit AF? Hard AF? Something about ALF? Whatever that term is that’s what he is."