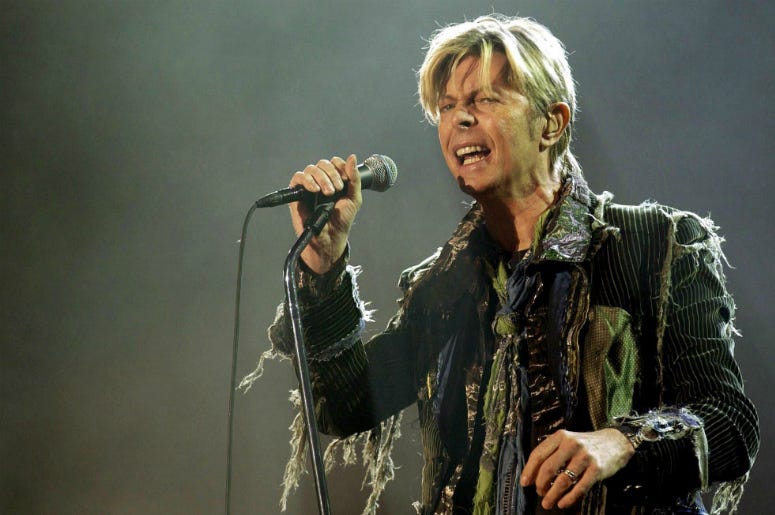 Two years after his death at the age of 69, David Bowie’s likeness has taken an eternal form in the British town of Aylesbury, where the icon first introduced his Ziggy Stardust character.

Renderings for the bronze statue “Earthly Messenger” were revealed last spring and over the weekend, the statue was unveiled to the public.

The statue depicts a conservatively dressed Bowie standing upright and glancing to his left at a cascade of Bowie personas. Glam rock styles, ’80s looks, and late career images are referenced in the panoply of Bowies on display. A large, three-dimensional Ziggy Stardust bursts from the center, microphone in hand.

“When he left us in January 2016, there was an amazing immediate outpouring of emotion in the town about it,” Stopps said in a statement. “We thought we must do something as a monument for the town and David Bowie.”

See the unveiling and images of “Earthly Messenger” here:

This is the moment when Howard Jones unveiled #BowieStatue! Thank you so much to all of you who have donated! @sculptschool pic.twitter.com/ILQChUMsAm