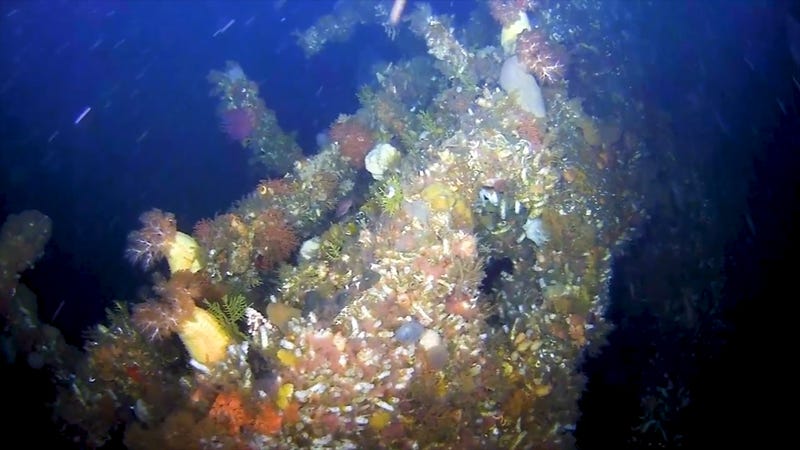 A World War II U.S. Destroyer has been found off the coast of an island in Alaska after being hidden underwater for 75-years.

Divers from Project Recover unearthed the massive piece of stern from the USS Abner Read, with help from the NOAA Office of Exploration and 4 Navy sailors.
The ship was on anti-submarine patrol in 1943 when an explosion tore the ship up, killing 71 U.S. Navy sailors.

While those on board were able to recover part of the ship and continue fighting, the stern fell into the depths of the ocean.

The Naval History and Heritage Command says it’s important to protect these sites because they’re “often war graves, recognized by the U.S. Navy as the fit and final resting place for those who perished at sea”.

The USS Abner Read will continue to rest in the Bering Sea, as a tribute the brave sailors who fought aboard her.

Seventy-five years ago the stern of the USS Abner Read sank below the icy waters off Kiska Island. Now the final resting place of the 70 sailors on board has been found.