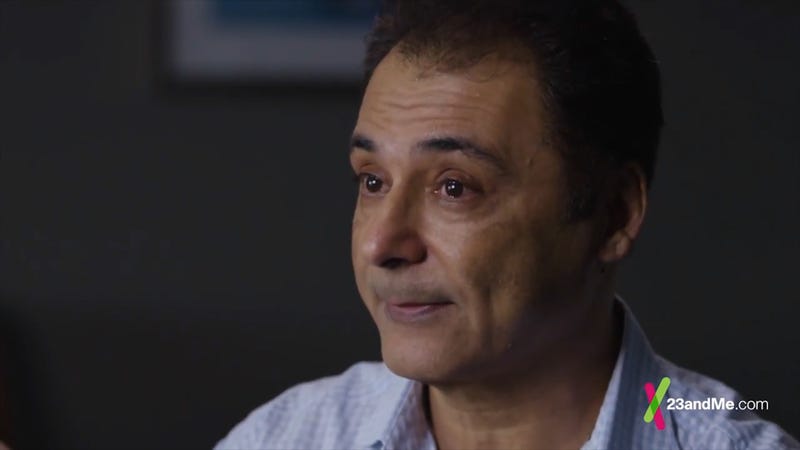 Fathers and daughters have been given a chance to reconnect with their biological daughters thanks to a company that reconnects family members via DNA testing.

Esther Blue de Avalos had been searching for her dad for years until she discovered him using the DNA genetic testing company, 23andMe. Alex Rabar never even knew Esther was born; It was only when a cousin reached out to him who had connected with Esther through the testing service that he found out. As much as the new addition to Esther's family means to her, she says it’s even more special that her children will also have the chance to get to know Alex.

Incredibly, Esther wasn’t the only one given a chance to celebrate with newfound family; the company hosted a special Father's Day BBQ in Houston, TX so other people who have submitted their DNA information could meet their fathers who also were discovered using the testing technique.

What a wonderful way, on a wonderful day, to start some long overdue bonding for these dads and daughters.